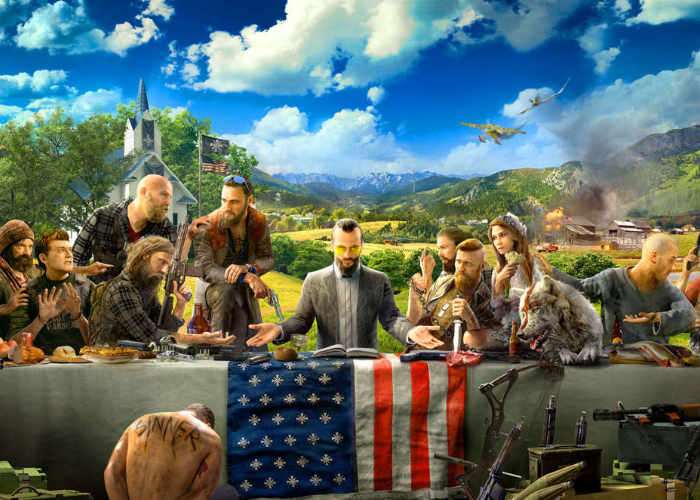 Those looking forward to the official launch of the latest Far Cry game in the series, Far Cry 5 next year on March 27th, 2018 may enjoy this new trailer which is being released by developers Ubisoft Montreal and publisher Ubisoft. To provide you with a further look at what you can expect from the Far Cry 5 action-adventure, first-person shooter, set in an open world environment.

As with previous games Far Cry 5 will offer both single player and multiplayer gaming action and will be available to play on the Xbox One, PlayStation 4 and PC systems. Far Cry 5 will also feature a map editor with enhanced features that build on the previous releases of the editor.

The game is set in the fictional Hope County, Montana, where a preacher named Joseph Seed has risen to prominence. Seed believes that he has been chosen to protect the people of Hope County from an “inevitable collapse” and has established a congregation called Eden’s Gate. Ostensibly, this is to fulfill his mission of leading the people to salvation; in reality, Seed is a radical preacher and Eden’s Gate is a militaristic doomsday cult.

Under his rule, Eden’s Gate has used both coercion and violence to forcibly convert the residents of Hope County, and intimidation to keep them from contacting the outside world for help. When an attempt to arrest Seed ends with the deaths of several lawmen, the player is swept into the armed conflict between Eden’s Gate and the remaining Hope County residents, who are organising themselves into a resistance movement.