Microsoft has this week announced via their Major Nelson Xbox website that they are rolling out new entertainment applications for both their next-generation Xbox One games console and older Xbox 360.

Owners of the Xbox consoles will be able to now enjoy a number of new movie applications on Xbox 360 consoles with the addition of ENCORE PLAY and MOVIEPLEX Play. 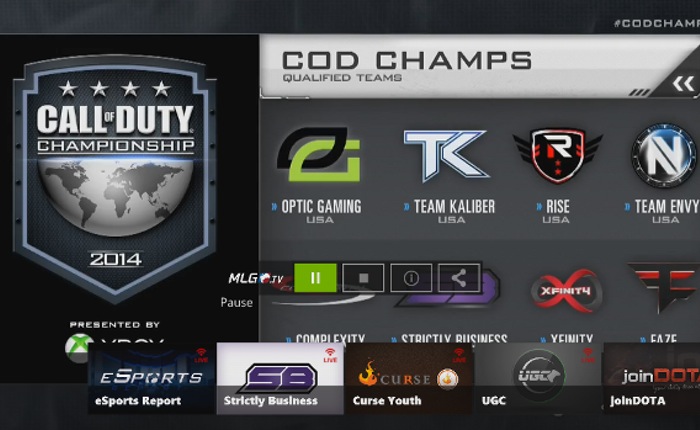 Microsoft also explains that EPIX is also currently developing a new Xbox One application, and has just added Time Warner Authentication for its Xbox 360 app.

Other Xbox applications include the MLG app, allowing Xbox Live Gold members in Australia, Canada, the U.K. and the U.S. to watch Major League Gaming in the comfort of their armchairs, just in time for the Call of Duty Championship, with a $1 million prize fund.

“Now, gamers and enthusiasts can watch live broadcasts of gaming tournaments and professionally produced gaming content through a console app created for the big screen. Don’t miss a beat of the upcoming “Call of Duty” Championship with MLG on Xbox 360.”

“The tournament will feature 31 of the best “Call of Duty” teams from around the globe competing for $1 million in prizes and the title of “World Champions” from March 28-30. Since January, teams worldwide have battled head-to-head in regional qualifying events to secure a spot at the “Call of Duty” Championship in Los Angeles.”

For more information on the new Xbox apps arriving for owners to enjoy jump over to the Xbox Wire website for details.