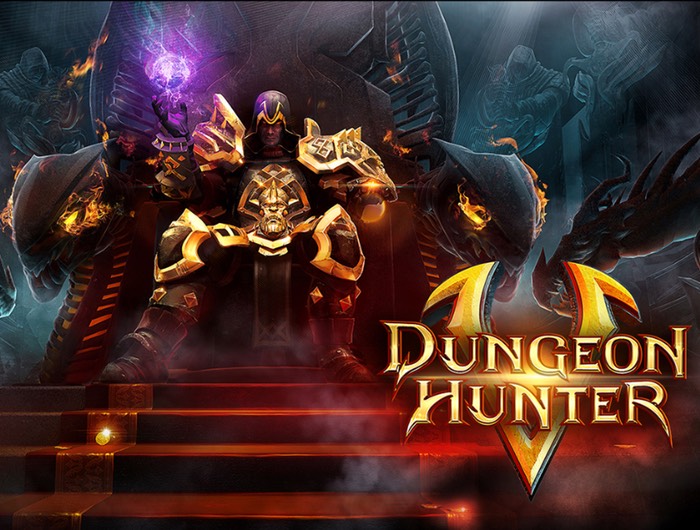 This week Gameloft has released a new trailer for their upcoming game Dungeon Hunter 5, which extends the popular game series even further.

The new Dungeon Hunter 5 mobile game will bring with it a range of new features, that include a multiplayer modes, exclusive rewards and support for both iOS and Android hardware.

In the video below you can see some of the skills you will have available in Dungeon Hunter 5 in action, as well as some other gameplay elements.

“Stopping the demon invasion was only the beginning of the end. It was more than we could take — the kingdom shattered, scattering its people to the winds, the former glory of Valenthia now just a fading ghost.

Band together as a force of Bounty Hunters. Enlist, share the word, recruit fellow warriors, and collect exclusive rewards to come equipped when time comes to face evil. Part of the Bounty Hunter Guilds’ success is due to their ability to tame monsters and bribe enemies into standing guard in their secret strongholds. Get yours and make sure to keep your loot safe from the attacks of greedy raiders!

The land’s natural aether has been extracted through forbidden means to create these powerful items. Use them to imbue your weapons with devastating powers! Even in Valenthia’s darkest hour, gold remains the universal language of commerce and politics. When words fail, gold prevails!”