No thats not a new game consoles controller being wielded by the Police Officer in the photo below, but a new DNA Gun which has been created to allow officers to tag felons for weeks at a time.

Designed for use by Police Officers and the military the new DNA Gun shots small soft green pellets that weigh just 1 gram, called the SelectaDNA High Velocity pellet. That once burst will leave a biological mark with a unique DNA code on its target. 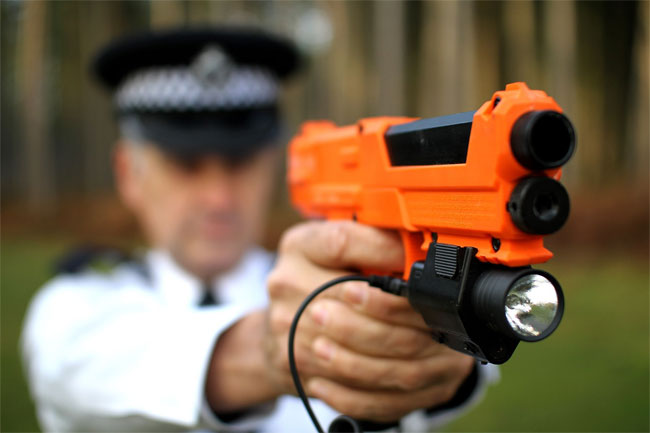 The new DNA Gun is available in both pistol and rifle form, and can be used at a safe distance of up to 30-40 metres from a potential target.  The Pistol is powered by a 12g powerlet offering up to 20 shots per powerlet. The SelectaDNA pellets are supplied in packs of 14 pellets to a container, and all pellets in a pack contain the same unique DNA code.

“On contact with the target the uniquely-coded SelectaDNA solution leaves a synthetic DNA trace mark that will enable the relevant authorities to confirm or eliminate that person from their involvement in a particular situation and could ultimately lead to arrest and prosecution.”

For more information on the new DNA Gun jump over to the Red Orbit website for details. 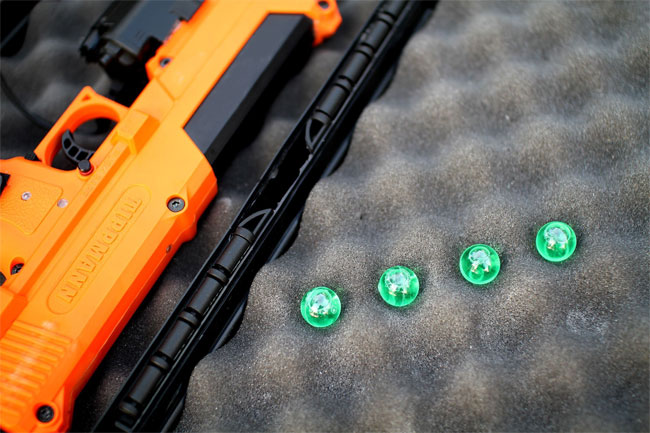