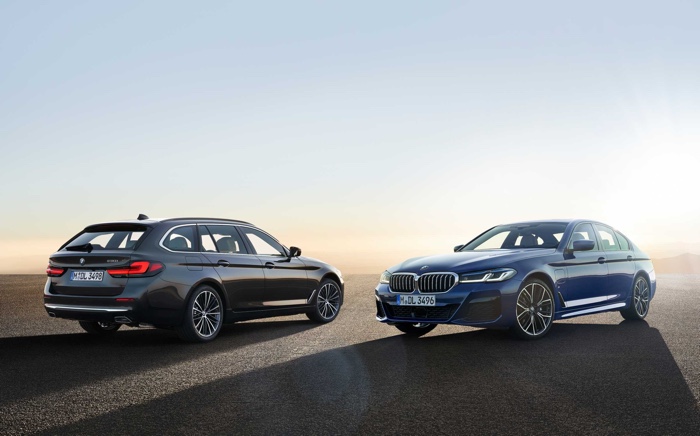 BMW has released details on their updated 5 series, the cars gets some new styling andsome new engine options.

There are a number of design changes to the exterior of the car, including a new front end with a more prominent kidney grille.

Like the new BMW 5 Series Sedan, the new BMW 5 Series Touring will now also be available with a plug-in hybrid drive system. The use of mild hybrid technology with a 48V starter-generator will be rolled out to all models with a four- or six-cylinder engine. The most important new features of the interior include the display and operation system, which now also encompasses a Control Display measuring up to 12.3 inches. Added to which, the introduction of BMW Operating System 7 now brings owners the services of the BMW Intelligent Personal Assistant. The addition of, for example, the optional Steering and Lane Control Assistant – with Active Navigation and the likewise new automatic formation of emergency lane functions – to the list of driver assistance systems takes the new BMW 5 Series another few steps along the road to automated driving.

You can find out more details about the new 2020 BMW 5 Series over at BMW at the link below, there are a range of new engine options.