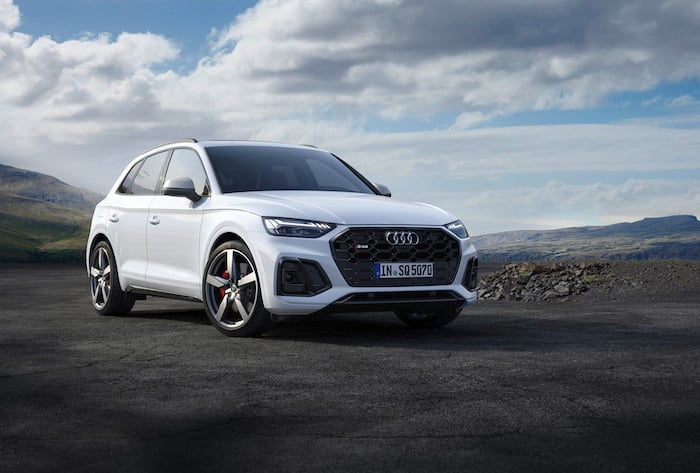 The new Audi SQ5 TDI comes with a 0 to 62 miles per hour time opf 5.1 seconds and an electronically limited top speed of 155 miles per hour. 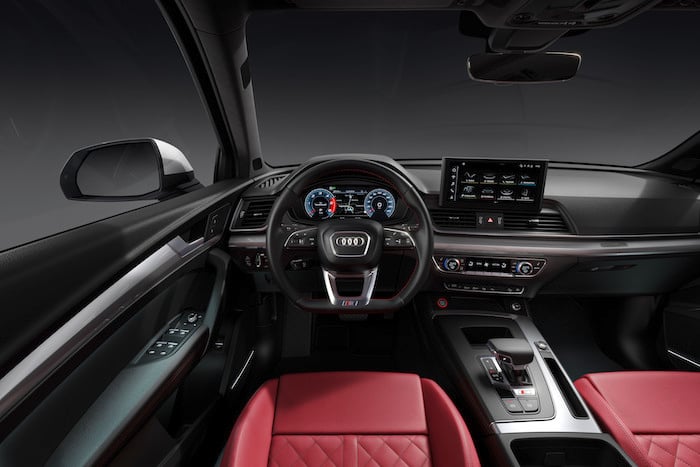 Its mighty V6 TDI engine, and the advanced electrically powered compressor which so compellingly quickens its responses, have already earned the SQ5 TDI the distinction of being the first Audi SUV to wear the evocative S badge. Now both key elements have raised their game yet again in the new generation model, which combines improvements to that already highly acclaimed powerhouse with extensive modifications inside and out. These include the introduction to the cabin of the latest Audi touch-screen MMI Touch control and the availability of new next generation digital OLED rear lighting as part of an exterior rework that brings the top tier SUV back up to speed with contemporary Audi design principles. On arrival in the UK in early 2021 the new generation model will be offered in two formats – SQ5 TDI and SQ5 TDI Vorsprung – the latter featuring a particularly comprehensive selection of indulgences and practical driver aids.

You can find out more information about the new Audi SQ5 TDI over at Audi at the link below, pricing in the UK starts at £56,600 on the road and the SQ5 TDI Vorsprung edition is available from £71,750. 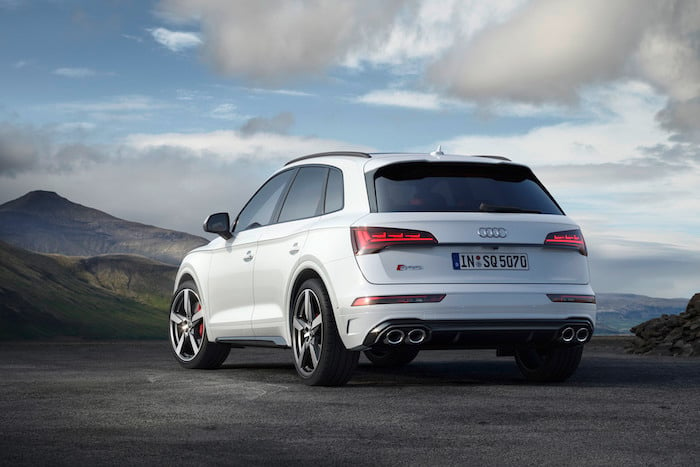