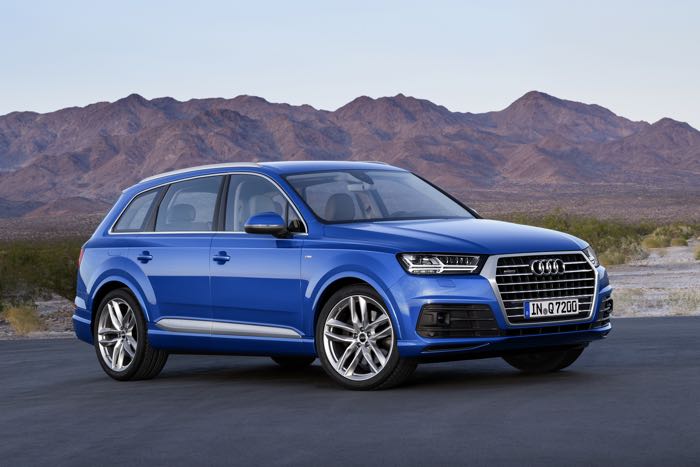 The next generation Audi Q7 is now official, the new model is designed to be more efficient, and according to Audi, it consumes 26 percent less fuel on average than its predecessor.

Audi will offer a range of engine options in their new Audi Q7, which will include a 3.0 litre petrol TFSI version and a 3.0 litre TDI model, the new SUV is 325KG lighter than the previous version. 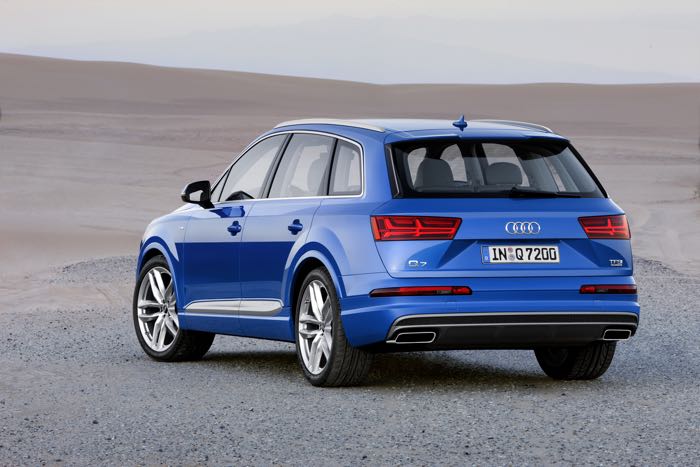 The Audi Q7 also sets standards with respect to the operating concept, infotainment, connectivity and driver assistance systems. The second-generation modular infotainment platform is on board, as is the Audi virtual cockpit. The new MMI all‑in‑touch control unit with large touchpad makes operation child’s play. Other attractive innovations include the expanded services from Audi connect, the Audi tablet for the rear seat passengers and the two sound systems with 3D audio. Smartphone integration with Google Android Auto and Apple CarPlay is also new. The new Audi Q7 is one of the first cars worldwide to offer these functions. 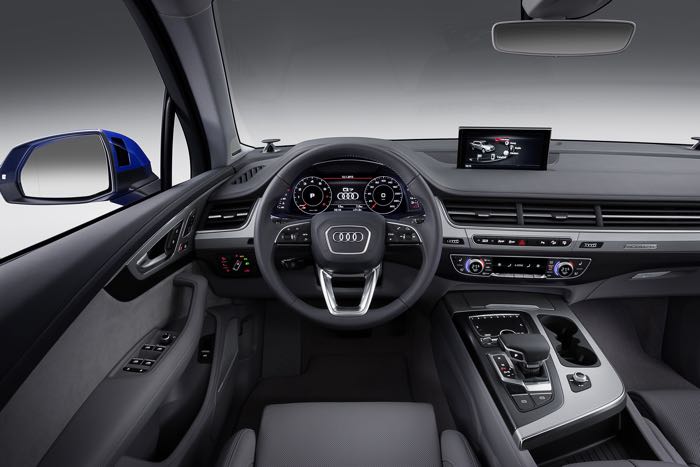 The new Audi Q7 will launch next Spring, as yet Audi have not revealed the full pricing for their new SUV, you can find out more details at the link below. 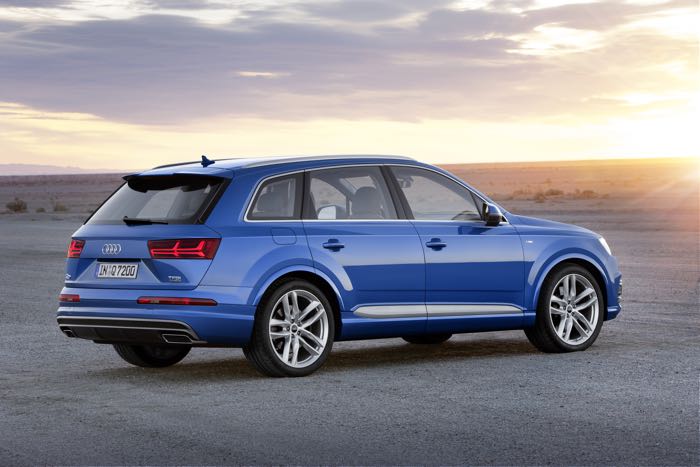 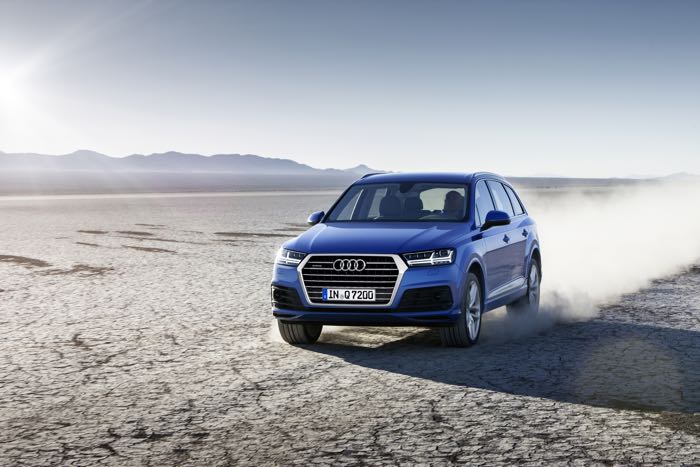