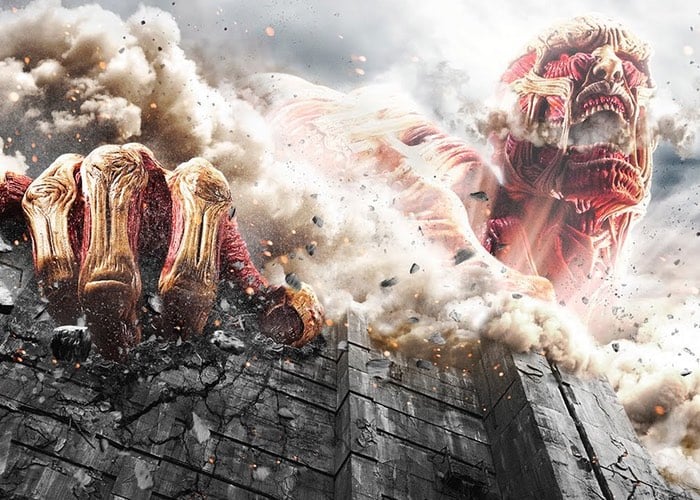 Attack On Titan fans are sure to enjoy this trailer for the new Attack On Titan movie that launched in to cinemas in Japan on August 1st and will be followed by a second instalment expected to hit theaters on September 19th.

The Attack On Titan movies are based on the anime and manga series of stories are set in a world where humanity lives inside cities surrounded by enormous walls as a defence against the Titans.

Titans are gigantic humanoid creatures that eat humans seemingly without reason. Watch the latest trailer below.

Attack on Titan is a Japanese dark fantasy manga series written and illustrated by Hajime Isayama. The series began in Kodansha’s Bessatsu Shōnen Magazine on September 9th, 2009, and has been collected into 17 tankōbon volumes as of August 2015.

Attack on Titan has become a commercial success, with 52.5 million volumes in print as of July 2015. 50 million in Japan and 2.5 million copies printed in english version. The release of the anime also saw a boost in the series’ popularity, with it having received critical acclaim for its atmosphere and story.