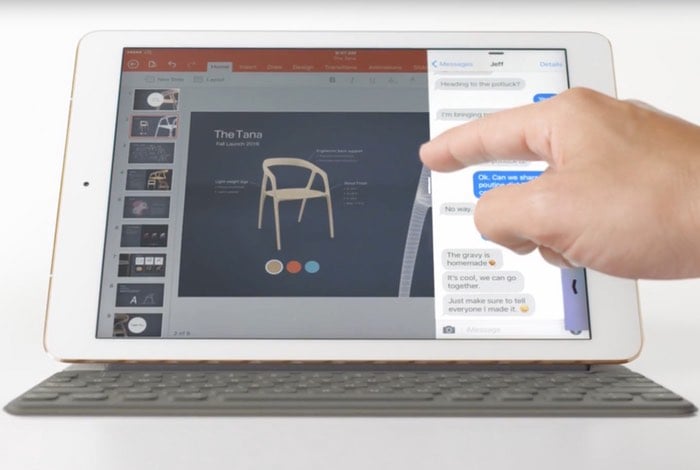 Apple has released a new iPad Pro advertisement via its official YouTube channel today providing a quick overview of all the features and benefits users can enjoy once they have an iPad Pro in front of them.

During the advertising Apple reminds us what a computer is, and uses the tagline “Imagine what your computer could do if your computer was an iPad Pro” promoting the powerful iPad Pro tablet as a viable PC replacement.

The iPad Pro advert embedded below is the first to be released by Apple since its “A Great Big Universe” advertising video which was released following the unveiling of the original 12.9-inch iPad Pro.

Just when you think you know what a computer is, you see a keyboard that can just get out of the way. And a screen you can touch… and even write on. When you see a computer that can do all that, it might just make you wonder hey, what else can it do?

What are your thoughts? Do you think the Apple iPad Pro is a viable PC replacement?