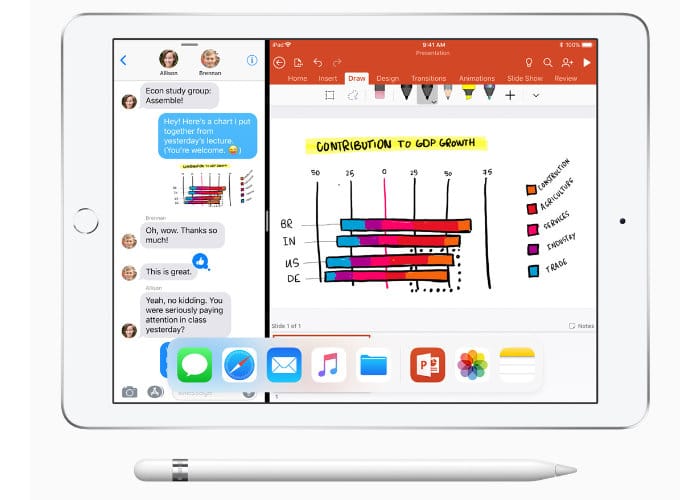 During the presentation Apple also announced it will be releasing a new redesigned iWork suite of applications all of which will support Pencil input within Pages, Numbers and Keynote. A number of other third-party applications including Microsoft Office Suite and Notability will also start to support the Apple Pencil which previously was only available when using the iPad Pro. Greg Joswiak, Apple’s vice president of Product Marketing explains a little more.

“iPad is our vision for the future of computing and hundreds of millions of people around the world use it every day at work, in school and for play. This new 9.7-inch iPad takes everything people love about our most popular iPad and makes it even better for inspiring creativity and learning. Our most popular and affordable iPad now includes support for Apple Pencil, bringing the advanced capabilities of one of our most creative tools to even more users. This iPad also has the power of the A10 Fusion chip, combined with the big, beautiful Retina display, advanced cameras and sensors that enable incredible AR experiences simply not possible on other devices.”

For more information on the new 9.7 iPad which is now available to purchase priced at $329 and its Apple Pencil support jump over to the official Apple Newsroom by following the link below.