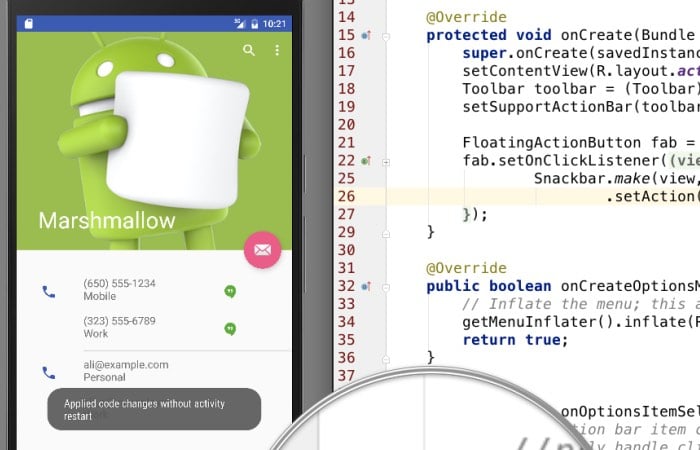 Google has this week released a new version of its Android Studio, integrated development environment or IDE in the form of Android Studio 2.0. That brings with it a wealth of new features, tweaks and performance enhancements for Android developers to enjoy.

The Android Studio IDE first launched back in 2013 and was moved out of its beta testing phase just over a year ago, and has been created to provide developers with everything they need to build a custom Android application.

Android Studio 2.0 includes a new Android emulation feature that supports all Google’s Android platforms, as well as improvements to the existing code editor, and code analysis tools that developers have become used to. Google explains more :

At the core of Android Studio is an intelligent code editor capable of advanced code completion, refactoring, and code analysis. The powerful code editor helps you be a more productive Android app developer.

New project wizards make it easier than ever to start a new project. Start projects using template code for patterns such as navigation drawer and view pagers, and even import Google code samples from GitHub.

For a full list of everything you can expect to find within the latest Android Studio 2.0 development suite jump over to the official Android developer website via the link below.