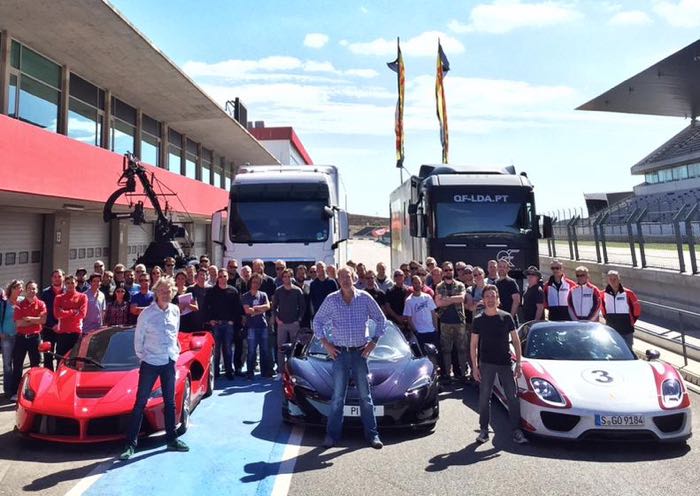 Now Jeremy Clarkson has confirmed that this will not be the name for their new show, he announced on Twitter last week that this is not what the show will be called.

I see that many people think our new show is called Gear Knobs. Well you heard it here first. It isn’t.

The rumors of the Gear Knobs name originally started when a trademark filing for the name was discovered.

We have no ideal what Amazon’s new motoring show will be called, filming of the show started recently and it will launch next year.