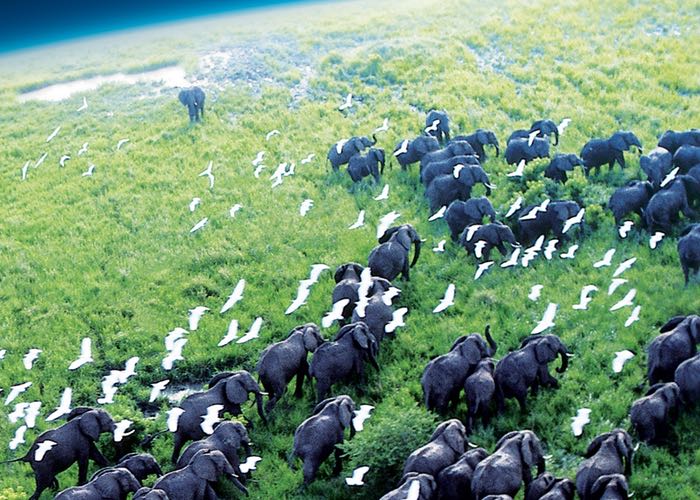 Netflix has this week announced they have embarked on an ambitious four-year project entitled Netflix Our Planet, that will take viewers into never before filmed wilderness areas from the ice caps and deep oceans to the deserts and remote forests of the world, for their new natural history program Our Planet.

The Netflix new series of natural history programmes will follow on from the Planet Earth programs created by the BBC, and will provide viewers with footage in detailed 4K Ultra HD resolutions.

The new Netflix series is being produced by Silverback Films, led by Alastair Fothergill and Keith Scholey, who created Planet Earth, Frozen Planet and Blue Planet for the BBC. Netflix explains a little more :

“WWF, the world’s leading conservation organization with operations in more than 100 countries and over 5 million members, is providing the Silverback team unparalleled access to its projects in protected areas around the world and will collaborate on multi-media storytelling across its web and other platforms.”

“Our Planet will inspire millions of people around the world by showcasing the planet’s most precious species and most fragile habitats through a visionary series and cutting edge multimedia storytelling,” said Colin Butfield, Executive Producer, WWF. “At this critical time for global conservation we are honored to work with Silverback and Netflix on this completely unique collaboration.”

Our Planet is going to raise the bar for natural history landmarks, ” said Alastair Fothergill, Executive Producer Silverback Films. “We will reveal the most amazing sights on Earth and show them in ways they have never been seen before. Partnering with Netflix and WWF gives us the ability to reach and enthuse global audiences with the wonder and importance of the natural world.”

For more information on the new Our Planet Netflix series jump over to the Netflix press release website for details via the link below.