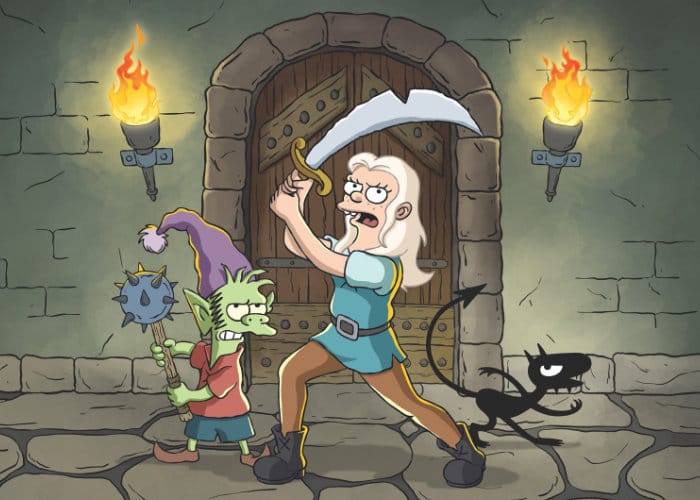 Fans of the animated Disenchantment series created by Matt Groening on Netflix, will be pleased to know that the streaming giant has confirmed its commitment to the popular show announcing more episodes will be created for three years to come taking fans into 2021. “The misadventure continues. New Disenchantment episodes coming 2019, 2020 and 2021.”

“Princess Tiabeanie “Bean” is the roughhousing princess of Dreamland who is destined to be married to Prince Guysbert, the son of the incestuous king and queen of Bentwood. While looking through her gifts, Bean receives a demon named Luci who was sent by two dark mages hoping to turn Bean to evil. Luci ends up being a fun-loving troublemaker who sympathizes with Bean’s predicament as she feels that the marriage is simply so that her father, King Zøg, can be more powerful. Meanwhile, Elfo, an optimistic elf, is disillusioned with his candy making happy life and leaves the elf realm much to the consternation of his people.”