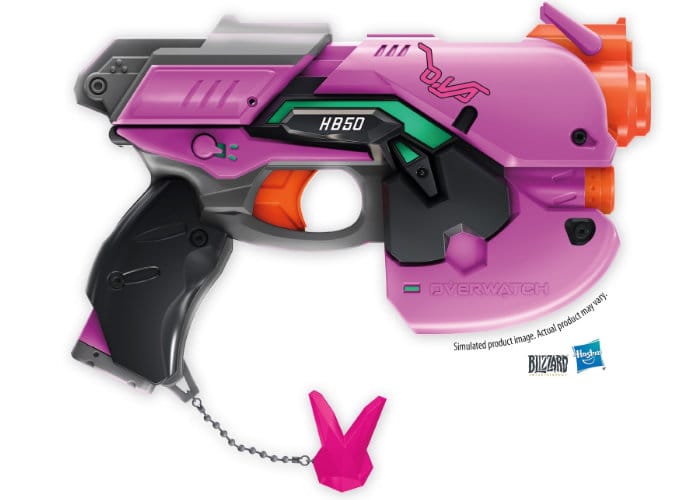 Overwatch gamers that enjoy real-world Nerf battles or know someone that does may be interested to know that Blizzard Entertainment and Hasbro have unveiled a new Nerf gun styled on D.va’s blaster pistol. The toy is expected to be made available sometime next year and was announced via a tweet and a teaser video embedded below.

Very few specifications have been released by Hasbro regards the new 2019 Overwatch Nerf Gun, but we know the ammunition will travel “up to” 80 feet per-second cook and the design may look similar to the publicity image released by Hasbro embedded above.

Unfortunately, no information on pricing or worldwide availability has been released as yet, but as soon as information comes to light, we will keep you updated as always. Nerf’s most popular products are Nerf Blasters, which are toy plastic guns that shoot foam darts. Nerf stands for “non-expanding recreational foam” as they shoot ammunition made from Nerf foam.