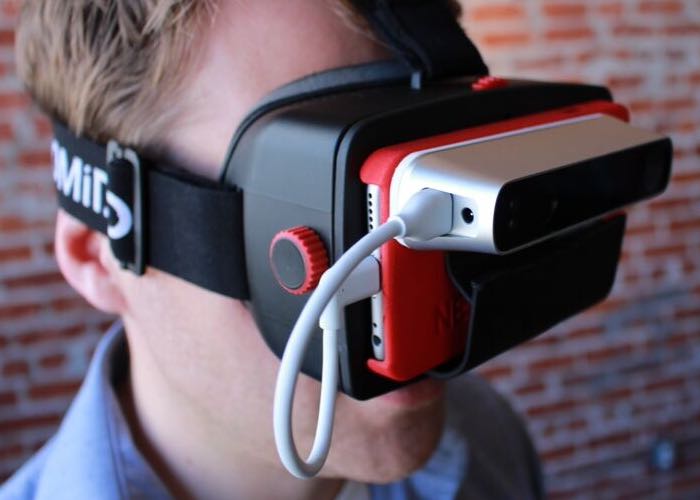 A new virtual reality system has been created called NEODiVR, that has been built using an iPhone 6 together with a structure sensor and a little 3D printing.

The VR system has been created by Michael Balzer of All Things 3D who has been developing the system over the past 6 months and was inspired by other devices that were capable of being connected to tablets.
Watch the video below to learn more about the NEODiVR virtual reality system that is equipped with a structure sensor as a depth sensor allowing every step a user takes to be recreated in the virtual world.

Balzer explains : “You may remember that I’ve covered the previous version at CES of this device when we had it hooked up to a tablet,” says Michael Balzer of All Things 3D. “At that time I thought what a great idea if we could apply this to a headset, so I spent the last six months creating what I call NEODiVR.”-“What they have done by attaching the sensor to the actual screen means they now are able to project the prime sensor feel or pattern and pick up the mesh information in real time of the objects around them,”

Anyone can now create their own AR experience through the NEODiVR system with just four things a Structure Sensor, a 3D printed NEODiMOUNT case and matching NEODiVR conversion plate, HOMiDO VR headset and a iPhone 6. Visit the Occipital  website to learn more.