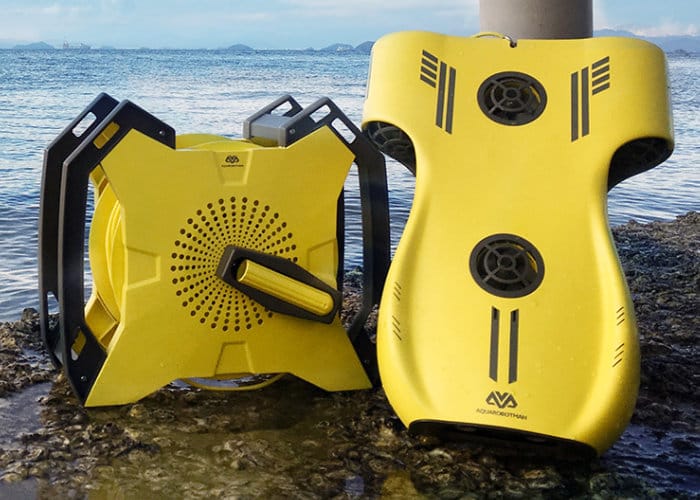 The development team at Aquarobotman have created a new ultrahigh-definition 4K smartphone-controlled underwater drone called the Nemo. Capable of exploring under the waves to a depth of 328 feet using an “ultra-stable” virtual reality view and UHD 4K 30FPS camera. Watch the demonstration video below to learn more about the Nemo underwater drone which is this week launch via Kickstarter to raise the $30,000 required to make the jump into production. “Nemo raises the bar of underwater photography and exploration. Thanks to its unique four tandem thrusters design, Nemo can maintain perfect stability underwater.”

Features of Nemo include LED lighting, 4K camera, VR controller, smartphone control application which is supported by both iOS and Android devices, rechargeable battery and 4-axis balance technology. “As video enthusiasts, we don’t want our adventures to end when we get to the seashore. We want to explore the underwater world, even without physically jumping into the sea. That’s why we created Nemo, an ultra-stable underwater drone with an Ultra High-Definition 4K camera.“

To control the Nemo underwater drone, the system uses a dedicated wireless network that allows you to connect your tablet or smartphone directly to the drone providing real-time video streaming directly to your screen. The Nemo underwater submersible is now available to back with early bird pledges available from $799 or £588. If all goes well with production worldwide delivery is expected to take place during July 2018. For more information followed the link below to the official Kickstarter campaign.