3D certainly seems like it is going to be the popular technology of the year. Every day manufacturers are announcing new products featuring 3D displays. Today we have a new all in one PC from NEC that is capable of displaying content in 3D.

The NEC 3D All In One PC is still in the prototype stages at the moment, so don’t expect to see it in the stores anytime soon. 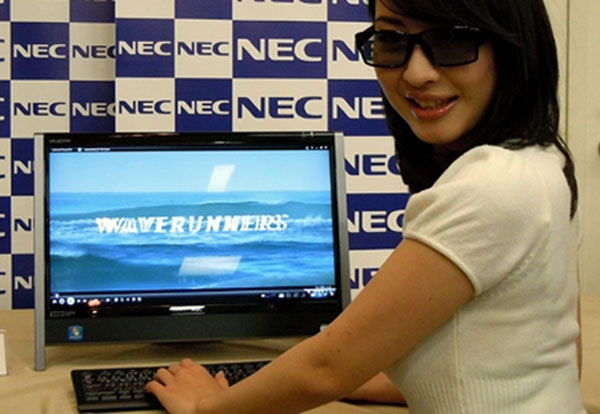 And it will come with a media player for 3D visual software and TV programs. Unfortunately NEC haven’t released any details on specifications so we ahve no idea what sort of hardware is inside this 3D PC.

As soon as we get some more information on the NEC 3D All In One PC and some details on when it is going to be released and how much it will cost we will let you guys know.