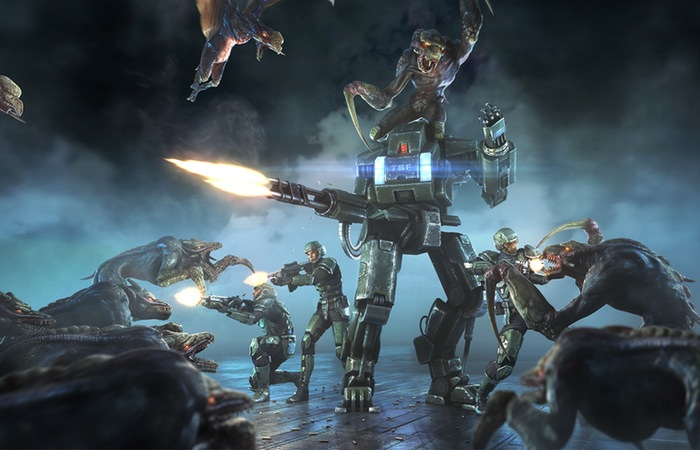 Fans of the awesome Natural Selection 2 game that are looking forward to the upcoming release of the new NS2:Combat game are sure to enjoy this new one minute teaser reveal trailer.

The new Natural Selection 2 Combat reveal trailer shows the return of the Devour ability that enables players on the alien side to swallow space Marines whole. Check it out after the jump.

The Combat mod originally designed for the Natural Selection 2 game will soon be released as a stand-alone game in its own right. However no details have been released as to when the standalone version will be officially launched but it is expected to happen later this year and will be rolled out via Valve’s Steam games network. Its developers Faultline Game explain :

Two asymmetric sides fight against each other for survival. Marines rely heavily on technology, building high-tech weaponry and structures, while the Kharaa evolve, growing bigger and stronger, eventually becoming one of five different life-forms with unique abilities.”