The NASA Spitzer Space Telescope has been in orbit for years taking images of the cosmos. NASA has shown off a new panoramic image that is made from the infrared images that have been taken by Spitzer over the last decade. Those images were patched together into a 360-degree panorama that can be explored by users like Google Maps. 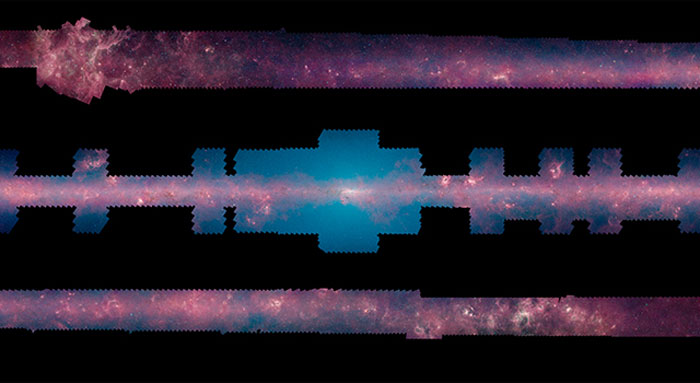 NASA says that people wanting to check out the images will be able to using a special viewer that it has created. The viewer will let users zoom in and out to check out sections of the panorama in more detail. The detailed panorama covers only 3% of the sky that is visible from Earth.

The images were taken in a band around the Earth where the plane of the Milky Way galaxy lies. That means that while the images cover only 3% of the sky, they show over half the stars in the Milky Way. NASA scientists have been using the images to answer questions about the galaxy already. If the massive panorama were printed out, it would need a page the size of a football field. It’s very cool that NASA allows normal people and scientists alike access to the panorama.