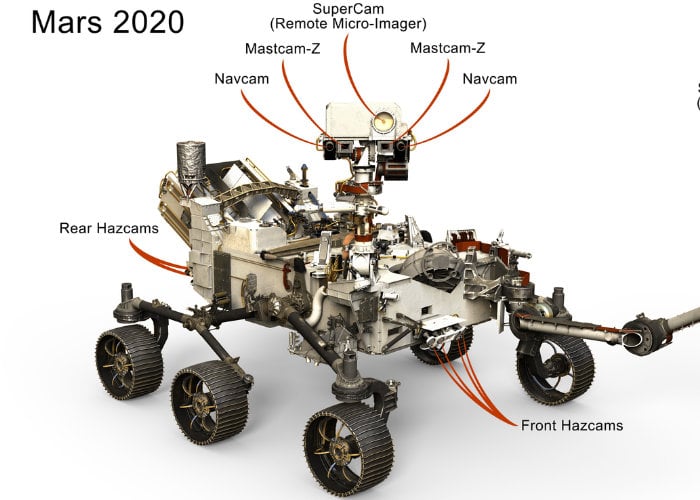 The NASA Perseverance Rover has now started moving around on Mars collecting data and photographs to beam home to planet Earth. If you are interested in learning more about the 23 different cameras on board the Perseverance Rover, you’ll be pleased to know that NASA has published a comprehensive rundown of the purpose of each camera. 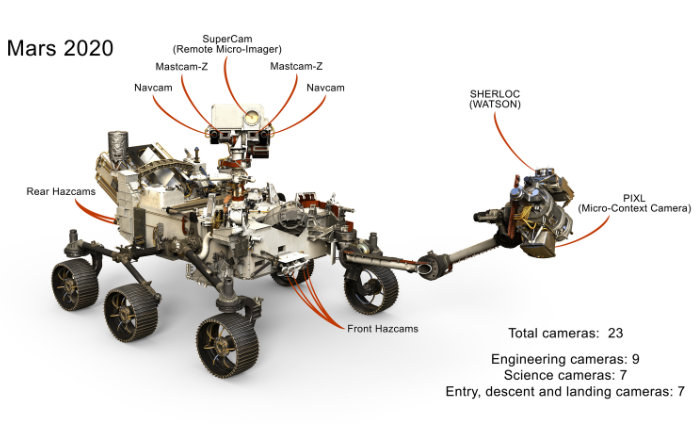 “Mars 2020 uses a new generation of engineering cameras that build on the capabilities of past Mars rover cameras. These “enhanced” engineering cameras give much more detailed information, in color, about the terrain around the rover. They have various functions: they measure the ground around the rover for safe driving, check out the status of rover hardware, and support sample-gathering. Some help determine the best way to move closer to scientific targets.

In addition to providing engineering data, the cameras can be considered a “public engagement payload.” They certainly gave a dramatic sense of the ride down to the surface! Aside from computer animations, there had never been any views of a parachute opening in the Martian atmosphere, the rover being lowered down to the surface of Mars, or the descent stage flying away after rover touchdown. Perseverance gave us all a front-row seat to a Mars landing for the first time in the history of space exploration.

The enhanced engineering cameras for driving help human operators on Earth drive the rover more precisely, and better target the movements of the arm, drill and other tools that get close to their targets. A much wider field-of-view gives the cameras a much better view of the rover itself. This is important for checking on the health of various rover parts and measuring changes in the amount of dust and sand that may accumulate on rover surfaces. The new cameras can also take pictures while the rover is moving.”