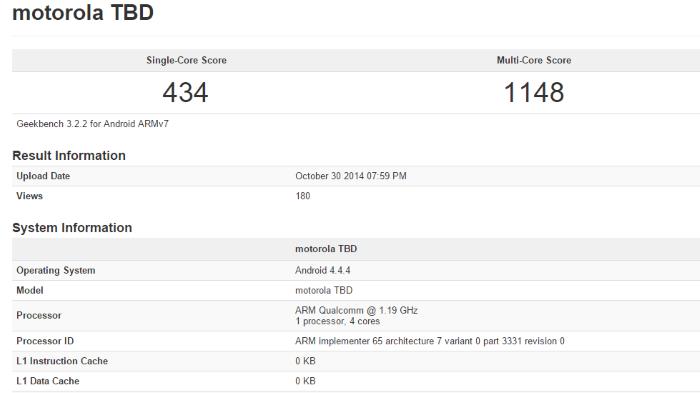 Motorola has a number of impressive handsets in their portfolio, but it seems the Lenovo-owned company has a few more devices in the pipeline.

Recently, a mysterious Motorola device was spotted at Geekbench, dated October 30th. The result doesn’t reveal a lot of details, but it seems the handset in question is running Snapdragon MSM8916, commonly known as Snapdragon 410.

The name, even the codename of the device, is not yet know, neither any information about other specifications of the alleged device. We’ll make sure you get to know about it as soon as the handset gets official. There’s a chance we may be looking at the successor of the Moto E since Motorola has already released the successors of most of their devices