My kids will have it hard, when I was first driving as a teen, I did all the stupid stuff you can possibly do. So as a parent I know exactly what to look for. Teens that are just now driving need to be aware that mom and dad now have a new weapon to be sure they’re not speeding. The new weapon is an app called My Max Speed 2.0. 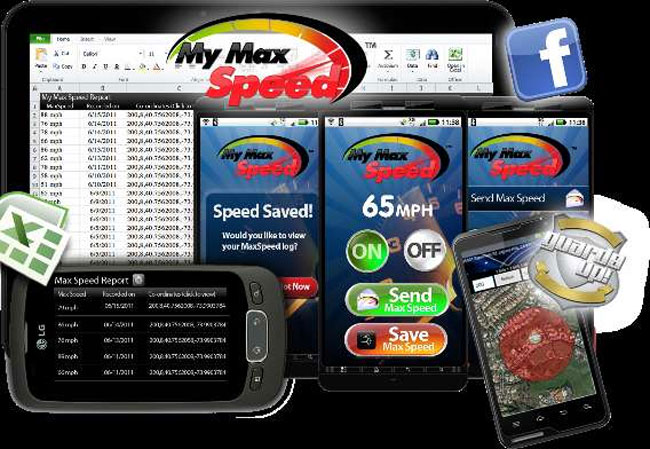 The app is available for Android smartphones for $4.99 on the Android Marketplace. Once the app is installed on the phone, it uses the internal GPS to figure out the speed of the car it seems that speed the spreadsheet every 5 seconds and it can store snapshots every 5 min. for evidence.

Speed data can be exported to the Excel, Word, PowerPoint, and other software and the overlaid on maps apparently. The app also supports other features that will let people establish a foundation and set a perimeter and be notified if the person driving goes outside the perimeter. The app can send messages via SMS if the driver travels outside the allowed area.