If you are interested in recording audio on your iPad you might be interested in the MXL Tempo USB microphone. The Tempo microphone is a lightweight portable microphone which has been designed to be compatible with the Apple’s iPad.

The handy microphone allows users to record vocals and other sounds on-the-go and connects to your iPad via Apple’s Camera Connection Kit adapter, and its also equipped with a built-in high fidelity headphone jack. Allowing you to listen in on your recordings. 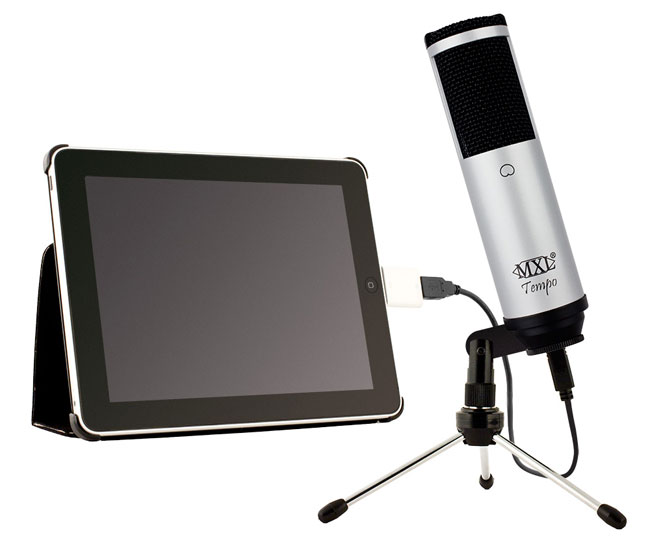 The microphone can also be used to enhance voice communication apps as well such as ooVoo, Skype, iChat, and Google Talk. The MXL Tempo USB microphone, is now available to purchase from the company’s website for $79.95 each, and is also compatible with both PC and Mac systems.