Murdered Soul Suspect is a new game currently under development by Air Tight Games and offers gamers a very unique and fresh perspective, playing as a ghost trying to solve your own murder.

Murdered Soul Suspect will be launching later this year, perhaps even in the second quarter of 2014, on PC, PlayStation 3, Xbox 360 and Xbox One, but as yet no specific release date has been confirmed by its publishers Square Enix. 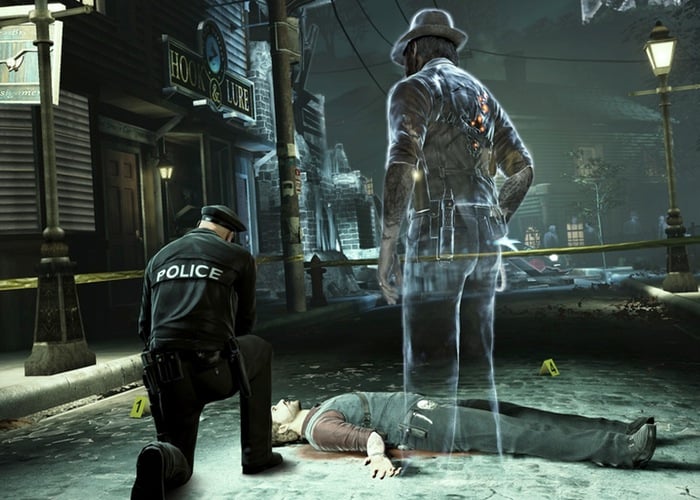 Murdered Soul Suspect is centred on Detective Ronan O’Connor who is controlled by you, enabling you to use ghostly powers to solve his own murder while combating demonic creatures at the same time. Check out the video below to learn more about the gameplay style of the new Murdered Soul Suspect game, as well as learn more about the mechanics of the game from the developers themselves.

Its also thought the new game will also be launching on Sony’s next-generation PlayStation 4 games console ,but as yet this hasn’t been confirmed by the games developers. But the soon as any PS4 confirmation is announced we will keep you updated as always.

“A Square Enix representative reportedly told Geimaku a PlayStation 4 version is also on the way. When contacted by VG247, Square Enix would not comment on either platform, but said it would have more news to share shortly.”