If you thought the games on the new Blackberry PlayBook might not be quite up to the standard of other tablet devices, this quick demonstration of multiplayer Quake gamers, fragging each other might bring a little hope to owners.

The Quake port is a proof of concept to show how easy it is for game developers to port their creations from one device to the Blackberry Playbook device. The results look excellent and Quake is running at 60 FPS across multiple tablets, which is the cap for the LCD screen.

Watch the video after the jump to see some Quake multiplayer action on the new Blackberry PlayBook. 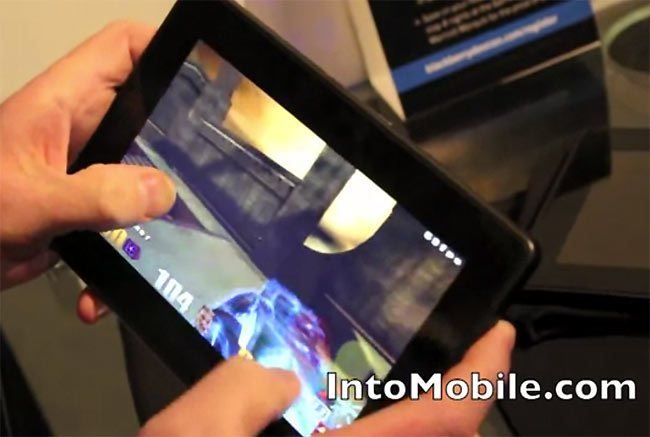 The Quake PlayBook demo was showcased at this years Blackberry World conference.