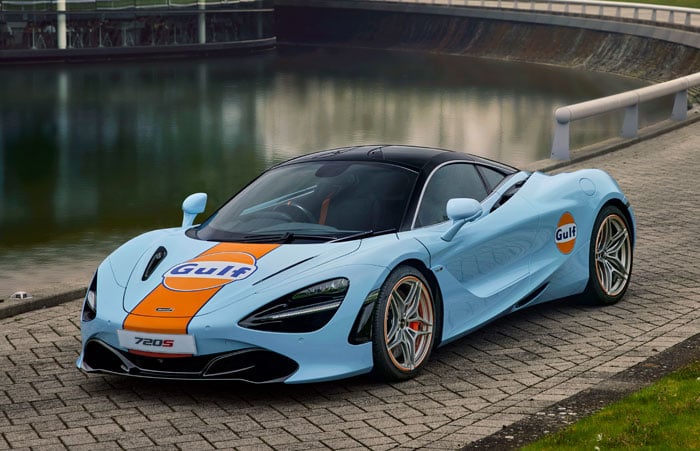 When it comes to automotive racing, one of the most iconic racing liveries ever produced is that of Gulf. The Gulf livery is iconic for its light blue and bright orange colors and has found its way onto several limited-edition sports cars over the years. McLaren MSO, the arm of the company that creates personalized automobiles, has created a bespoke 720S in the iconic Gulf racing colors.

McLaren says the special livery was hand-painted and took 20 days to complete. The design is meant to be reminiscent of the Gulf-GTC team McLaren F1 GTR race cars and celebrates the renewed association between McLaren and Gulf Oil International. The special livery is also featured on the key shells, brake calipers, and the car has a bespoke interior.

Inside the car, the steering wheel center band has been painted. The custom vehicle was meant to celebrate both brands and the personalization capable through McLaren Special Operations. MSO notes there is an opportunity for a limited number of customers to commission the Gulf livery on their cars.