Here is an interesting take on the computer mouse, from Pranav Mistry of the MIT Fluid interfaces group, the Mouseless computer mouse, and although it doesn’t actually use a physical mouse the system works the same as if you were using one.

You can see in the video below how the Mouseless computer mouse works, using both an IR and a laser camera to detect hands movements and mouse clicks. 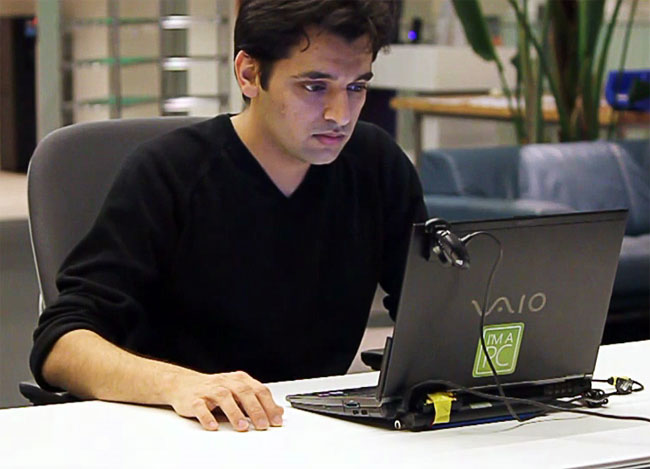 The Mouseless invention removes the requirement of having a physical mouse altogether but still provides the intuitive interaction of a physical mouse that we are familiar with. Mouseless consists of an Infrared (IR) laser beam (with line cap) and an Infrared camera. Both IR laser and IR camera are embedded in the computer. The laser beam module is modified with a line cap and placed such that it creates a plane of IR laser just above the surface the computer sits on. T

It certainly looks very interesting, and who knows we could see this sort of technology in laptops of the future.