Apple’s new Map App seems to be coming under a lot of criticism since it was released with iOS 6 last Wednesday, and now it looks like Google and Motorola are trying to capitalize on criticism of Apple Maps.

Motorola, which is now owned by Google, posted the following photo to their Google+ page, showing Apple Maps on an iPhone next to Google Maps running on the new Droid Razr M, the description under Apple’s iPhone came with the hashtag ‘iLost’. 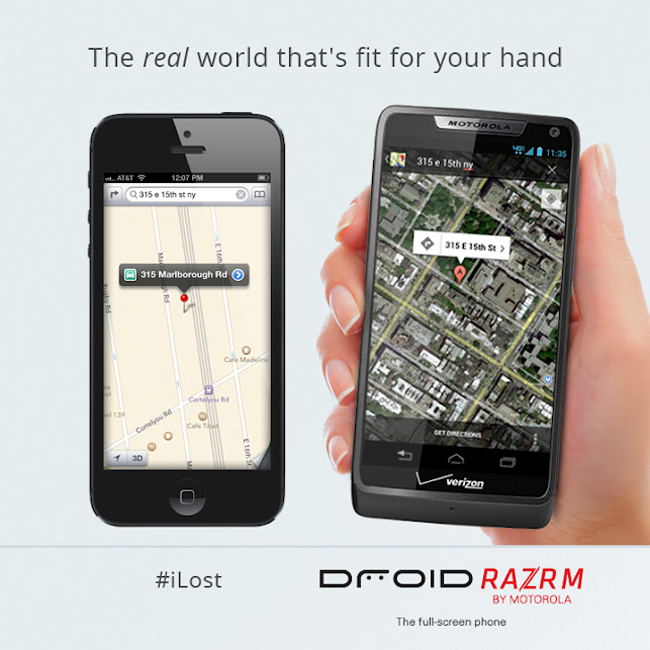 “Looking for 315 E 15th in Manhattan? Google Maps on DROID RAZR M will get you there & not #iLost in Brooklyn.”

Google and Motorola are obviously hoping that people will want to buy an Android device so that they can use the Google Maps app rather than the new iPhone 5.