Yesterday we told you that the Motorola Xoom would launch later this week without Adobe Flash, and now Adobe has responded to the news and announced that the Xoom will get Flash 10.2 within the next few weeks. 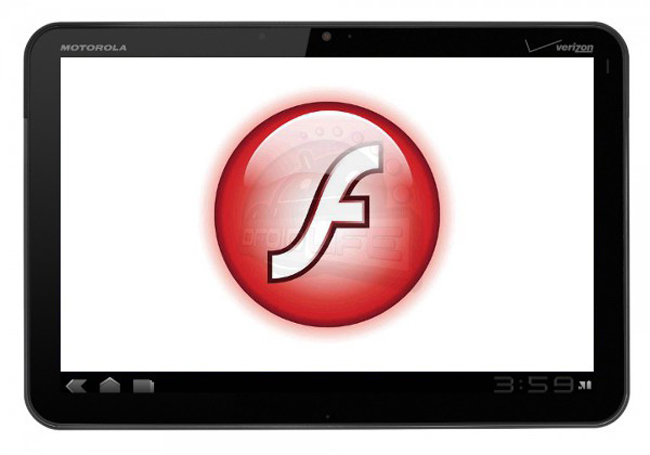 Adobe will offer Flash Player 10.2 preinstalled on some tablets and as an OTA download on others within a few weeks of Android 3 (Honeycomb) devices becoming available, the first of which is expected to be the Motorola Xoom.

So if you buy a Xoom tablet later this week it looks like you will have to wait for a couple of weeks before you can use Flash on this new Android 3.0 Honeycomb tablet.