Motorola is launching a European version of the Droid Pro, and it will be called the Motorola Pro, it will share similar specifications to the US version although the European version will use a GSM radio instead of a CDMA version.

The Motorola Pro features a 3.1 inch display, plus a QWERTY keyboard, it also comes with a 5 megapixel camera, GPS, 3G, WiFi and 2GB of storage. 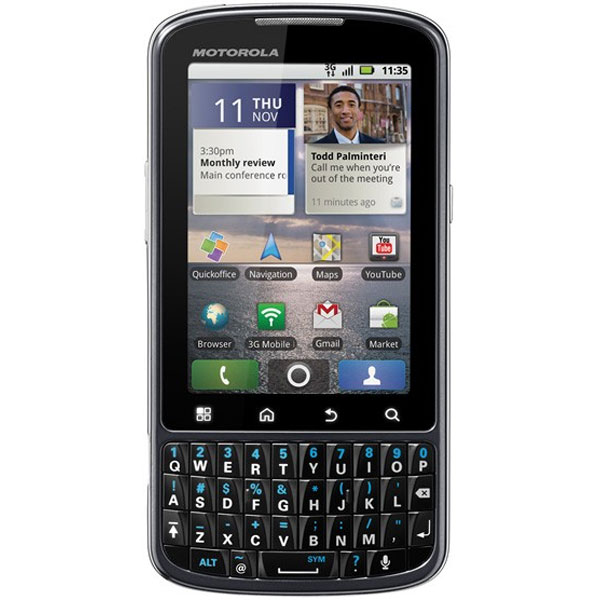 The 5 megapixel camera has built in autofocus and an LED flash, there is also a microSD card slot, and it comes with Android 2.2 plus Motorola’s MOTOBLUR UI.

There are no details as yet on when the Motorola Pro will be available in Europe and also no details on pricing, as soon as we get some more information we will let you guys know.