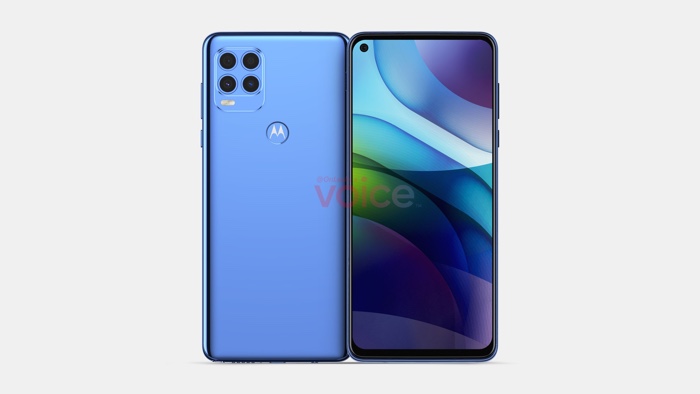 The new Motorola Moto G Stylus smartphone has leaked, the photo above is a leaked render of the handset and it was posted on Voice by @OnLeaks.

The device will come with a 6.81 inch display and it will have a Full HD+ resolution, the handset comes with 4GB of RAM and 128GB of storage.

The Motorola Moto G Stylus  will apparently feature a Qualcomm Snapdragon 675 mobile processor and it will also come with a 4000 mAh battery.

The handset will feature a range of high end cameras, these will include a 16 megapixel front facing camera for Selfies and video calls. On the back of the device there will be a 48 megapixel main camera, an 8 megapixel ultrawide camera, a 5 megapixel macro and 2 megapixel depth camera.

As soon as we get some more information about the new 2021 Moto G Stylus, including confirmation of the specifications, we will let you guys know.