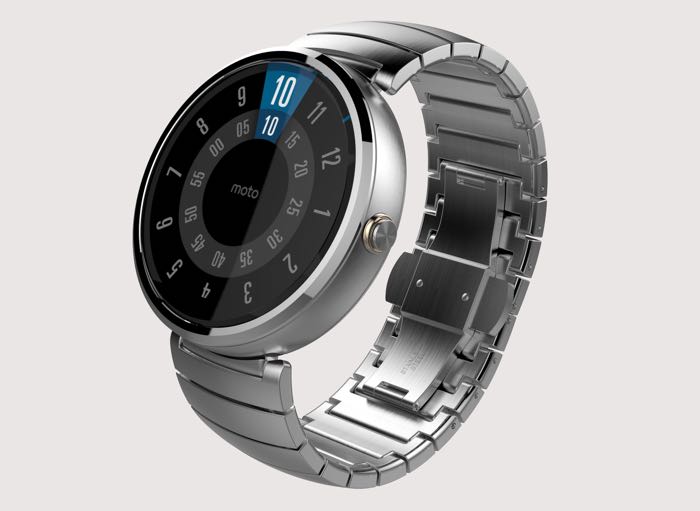 Motorola will be adding their Motorola Moto 360 smartwatch to their Moto Maker in March and you will be able to customize the Moto 360 in a similar way to Motorola smartphones.

According to a recent report from Wired, Motorola will launch a new version of Moto Maker for the Motorola Moto 360 smartwatch next month.

You will be able to choose a range of different customizations including the color of the case which will be available in black, silver and gold and also in two different sizes. 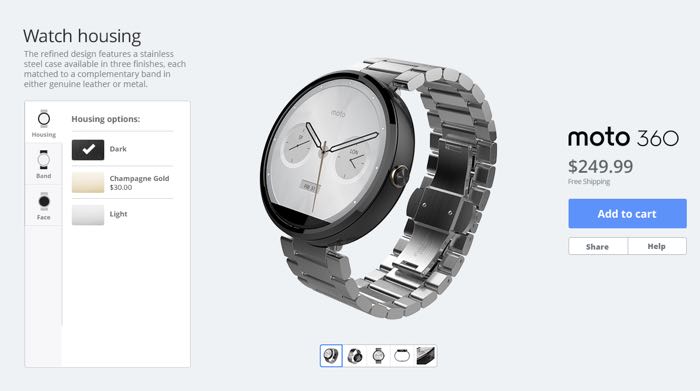 You will then be able to select a watch face from eleven different designs which will appear on your device when you turn it on, and there will also be some different watch bands to choose from including a single link band.

The new Moto Maker feature will be available for the Moto 360 smartwatch next month, as soon as we get some more details on exactly when it will launch, we will let you guys know.