It looks like there is a new Motorola foldable smartphone in the works. the company has been granted a patent for the device.

The patent with was discovered by Lets Go Digital has revealed some information about the device and some of its features.

The device will apparently feature some sort of heating element in the middle of the folded displays, this is used to remove any deformities that have appeared when the handset has been folded in half. 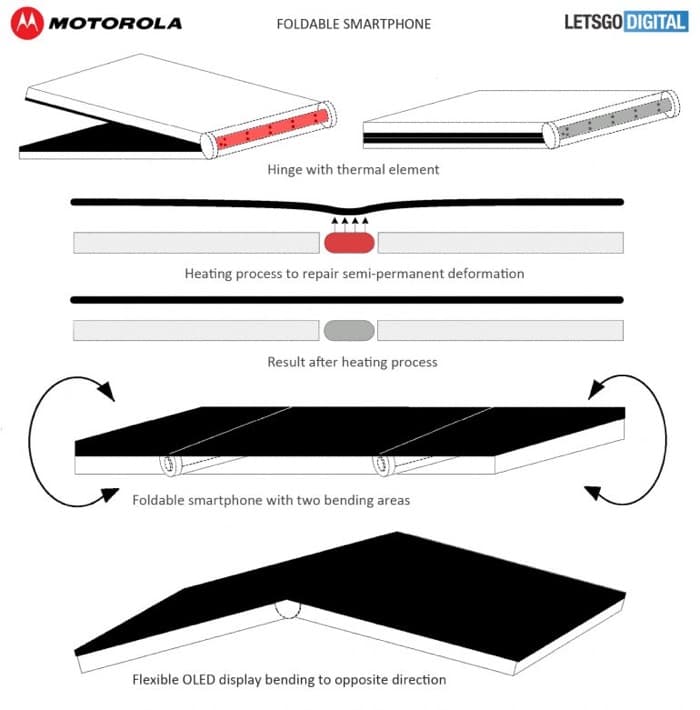 The heating element is designed to remove any semi permanent deformation that has occured, the heating works when the display is folded out fully exactly how this will work remains to be seen.

It certainly seems like an interesting concept, as yet there are no details on what other specifications the device will come with, as soon as we get some more details we will let you guys know.