We first heard about the new Motorola DVX earlier this month, when the handset turned up at the FCC, and now it would appear that the device may actually launch next month.

We heard recently that the Moto X would be headed to Republic Wireless, and now it looks like they will be offering another Motorola device, which has yet to be announced, the Motorola DVX. 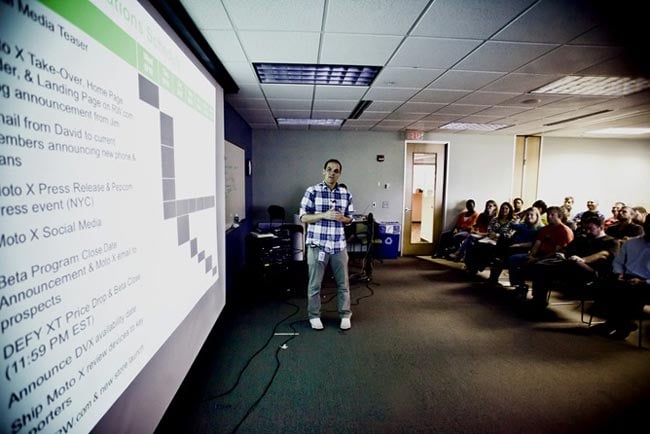 The photo above is from a presentation at Republic’s parent company, as you can see in the photo it says ‘Announce DVX availability date’, the device is rumored to be a new budget handset from Motorola that is expected to retail for around $200 off contract.

There are not many details on the new Motorola DVX as yet, the handset will apparently come with a choice of 8GB or 16GB of built in storage.