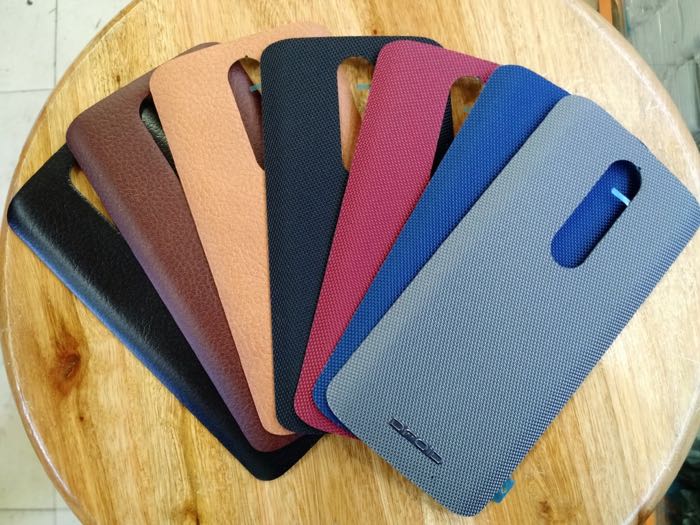 We are expecting to see two new Droid handsets from Verizon and Motorola, the Droid Turbo 2 and the Droid Maxx 2.

Both of these new smartphones are expected to be offered with Motorola’s customization service, Moto Maker and now some of the new back cover options for the Droid Turbo 2 have been leaked.

We have heard a number of rumors about the specifications on the new Droid Turbo 2, the handset is expected to come with a 5.4 inch display with a Quad HD resolution of 2560 x 1440 pixels.

The display on the handset is rumored to be shatterproof and the device will be powered by an octa core Qualcomm Snapdragon 810 processor. The handset is expected to come with 3GB of RAM and a choice of either 32GB or 64GB of built in storage.

Other rumored specifications in the new device include a 21 megapixel rear camera and a 5 megapixel front facing camera, the handset will come with Android 5.1.1 Lollipop and will feature a 3760 mAh battery.

We will have more details about the new Motorola Droid smartphones when they are made official at Verizon’s press event next Tuesday.