By now, every one of you should know that Motorola will unveil the much-hyped, highly customizable Moto X on 1st August. In the last few days, we have seen a number of images of this much-talked handset including the press render that was leaked yesterday. Today, another leak from @evleaks shows us the device, shining in the bright white color, as well as the side profile photo. 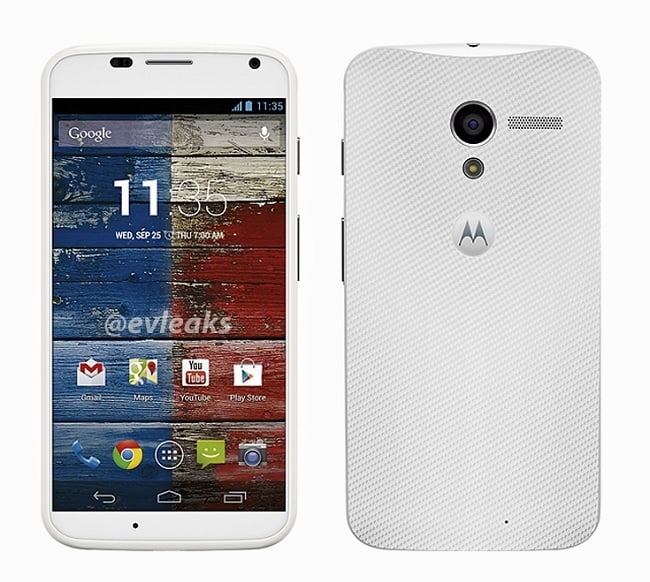 If you take a closer look at the side profile of the device, you can notice the power and volume buttons on the side. The device may not be as thin as some of its competitors but I really like its design.

Coming on to the specifications, it is rumored that the device will feature a 4.7 inch display sporting a resolution of 1280 x 720, Snapdragon S4 dual-core processor with a clock speed of 1.7GHz, 2GB RAM, 10MP front camera, 16GB internal storage and 2,200 mAh battery, with Android 4.2.2 Jelly Bean on top.

The official Moto X event is just a few days away. Stay tuned and we will bring all the updates once its launched.