Few hours ago, Motorola sent out invites for the Moto X press event that is scheduled for 1st August. It is pretty obvious that the Google-owned company will launch Moto X. If all the leaked images didn’t satisfy you, there is another leak that shows us the first press shots of the infamous Moto X. The press shots of Moto X emerged from none other than @evLeaks and The Unlockr. 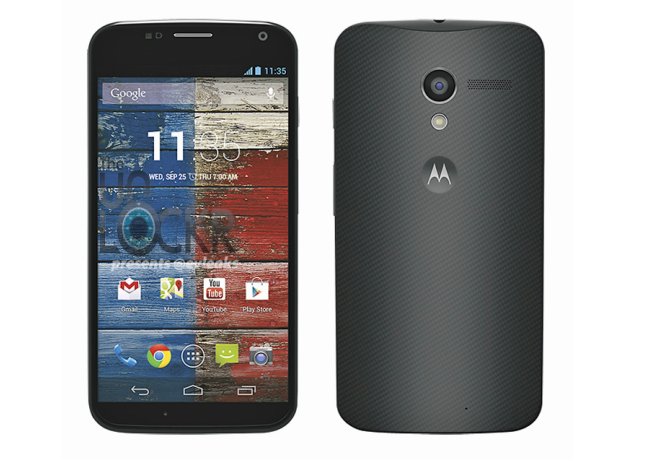 In the past, we have seen a leaked video which shows some specifications of the Moto X. Interestingly, the folks over at The Verge got tipped about the expected specifications of Moto X. It is expected that the device will feature a 4.7 inch screen, dual-core 1.7GHz processor, 2GB RAM and a Kevlar casing.

On the software side, it is expected that the device will run Android 4.2.2 Jelly Bean, as the latest version Android 4.3 is yet to be released at the Google event next week. Some of the similar specifications were also leaked by the notorious Twitter leaker, @evLeaks as well.

This is not just it, AndroidPolice also tweeted out an image that shows us AnTuTu benchmarks of the alleged Moto X. 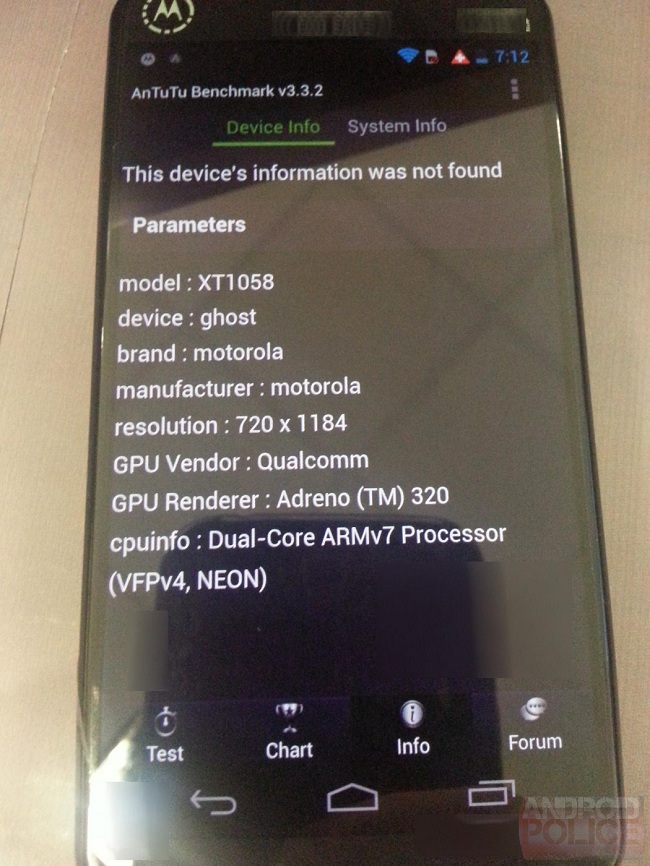 What do you think? Are these the real specifications of the much awaited Moto X?

Source: The Unlockr, The Verge