Moto X created a lot of hype with its simplicity and being a highly customizable handset designed and assembled in US. The device doesn’t bring high-end specifications but it has still created a buzz in the smartphone market. The folks at iFixit managed get hold of the screws of the devices and gave it reparability score of 7 out of 10, meaning it’s comparatively easy to repair. While they do came across some problems removing the back cover due the sticky adhesive that makes it difficult to open. 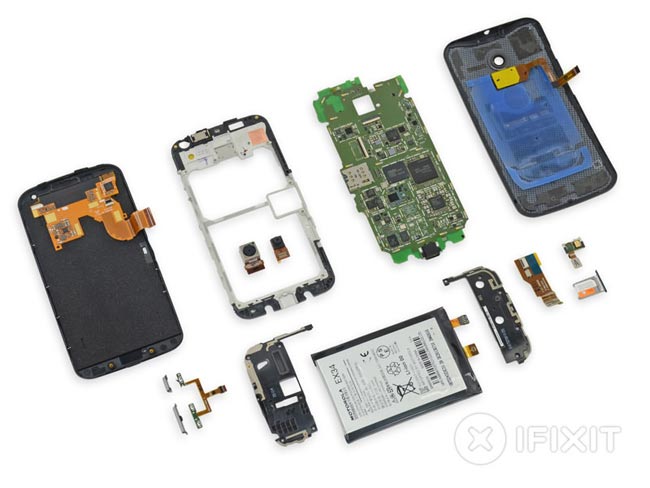 Inside the Moto X is a X8 Mobile Computing system that features four graphic processor cores from improve graphics, two application processor cores and two lower power cores, making it a total of eight cores. It’s a custom designed architecture to provide users with a smooth usage experience with any lag. 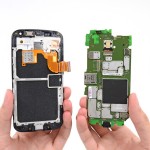 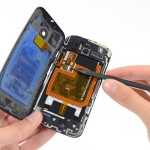 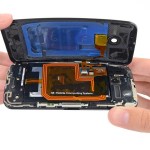 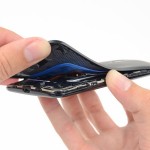 Interestingly, there aren’t tons of screws and nuts that make the device easy to repair and features only T3 screw size so that you don’t have to hunt down different tools to get rid of the screws. The entire device is assembled with pins and pressure contacts that make it easier to dis-assemble and replace various components. Another criticism is with the battery, taking it out of the device may not be the easiest thing to do as its taped-in, but it is fairly easy to find once you get rid of the back cover.

In the end, the device scored on the top of the list despite of some nuisances and shouldn’t be too difficult to repair once you get the back cover off.