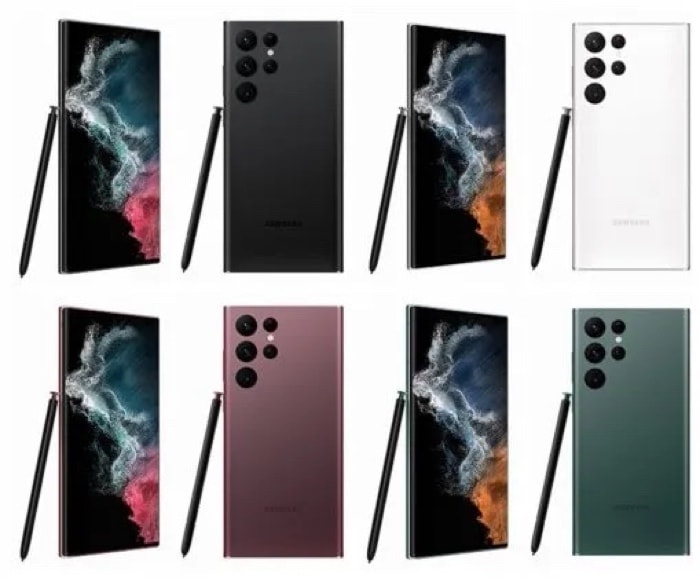 Now some more press renders of the new Samsung Galaxy S22 Ultra smartphone have appeared online, and they give us some more details about the top model in the Galaxy S22 lineup.

The renders were provided to Mysmartprice by Ishan Agarwal along with some more specifications on the handset, specifically relating to the cameras. 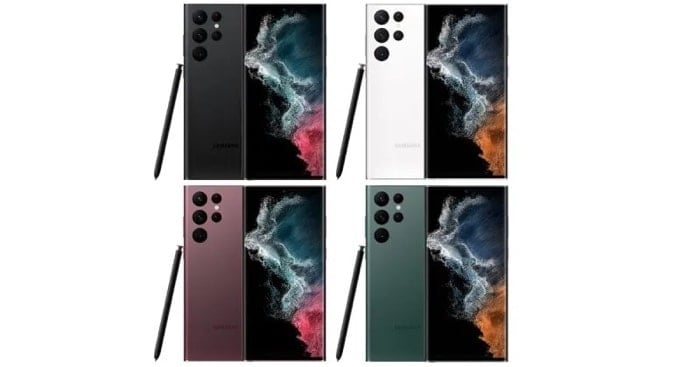 The rear cameras will include a 108 megapixel Super Clear Lens main camera and a 12-megapixel ultrawide camera, there will also be two 10 megapixel telephoto cameras.

The handset will come with a 6.8 inch AMOLED display which will have a resolution of 3088 x 1440 pixels and it will feature a 40-megapixel camera on the front which is designed for taking Selfies and for making video calls.

Samsung is expected to offer the device with different processors in different countries, this should include the new Samsung Exynos 2200 processor and the Qualcomm Snapdragon 8 Gen 1.

We will have more details on all of the new Samsung Galaxy S22 range of smartphones when they are made official by Samsung next month.