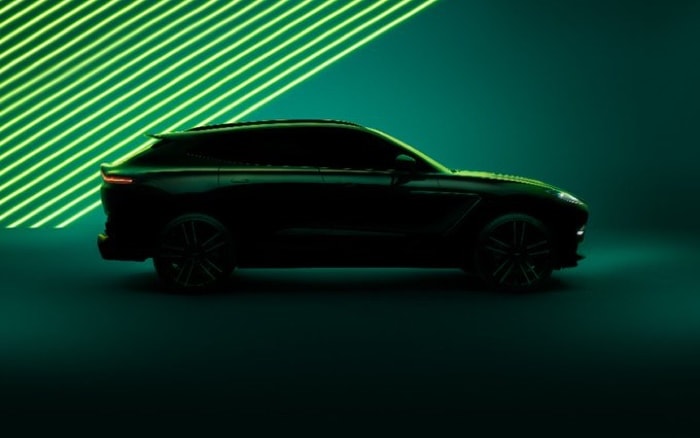 Aston Martin is making some bold claims about a new version of its Aston Martin DBX, the photo above was posted on Twitter along with the words ‘ The world’s most powerful luxury SUV‘.

So it looks like Aston Martin may have a surprise in terms of how much power the new more powerful version of their DBX SUV will come with.

As yet there are no details on how much power this new SUV will come with, there is the possibility that it could be powered by a 4.0 litre V8 which would produce around 630 horsepower.

It could, of course, be powered by an even more powerful 5.2 litre V12 engine from its DBS and DB11 models, it is not clear as yet on how much horsepower this model would come with.

Aston Martin will be making their more powerful SUV official at a press event next month, the event will take place on the 22nd of February 2022. It will be interesting to see just how much power it comes with and whether it will be more powerful than the Lamborghini Urus, Porsche Cayenne Turbo, and more.

The world’s most powerful luxury SUV.