We have seen quite a few leaked photos of the new BlackBerry Z10 smartphone, along with some specifications and now we have some more details on the device, including some more specifications.

The guys over at Tech Radar have managed to get their hands on some more slides like the ones we saw yesterday which are part of RIM’s internal training documents and we get to find out some more information about the Z10. 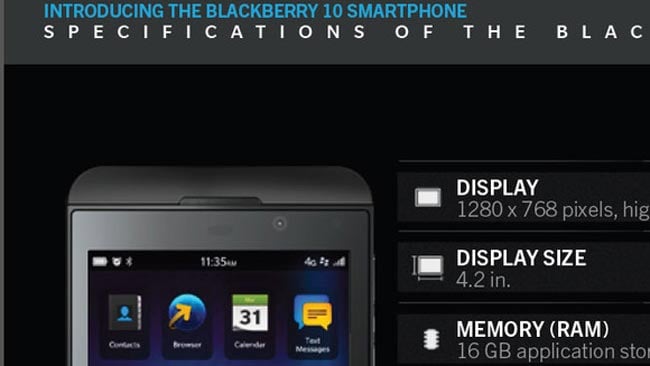 According to the leaked details, the BlackBerry Z10 will feature a 4.2 inch HD display with a resolution of 1280 x 768 pixels, and will come with 2GB of RAM and 16GB of built in storage.