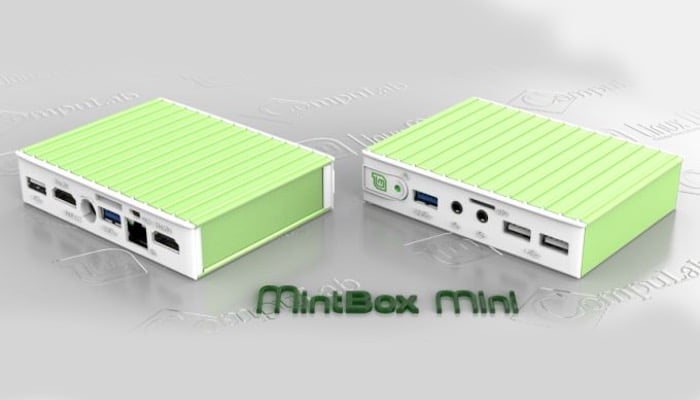 Those of you that like using the Linux Mint operating system might be interested in another new mini PC which has been unveiled this week by Compulab in the form of the new small form factor MintBox Mini.

The MintBox Mini is set to launch in the coming months priced at around $295 and expands the existing range of mini PCs even further. Adding to the three mini PCs that were unveiled earlier this week in the form of the fitlet-B, fitlet-i and fitlet-X, that come equipped with AMD processors.

As with the other new mini PCs the MintBox Mini also features an AMD processor in the form of the AMD A4-6400T Micro CPU that is based on AMD’s Mullins architecture and supported by a Radeon R3 graphics processor.

Other features of the Linux Mint PC include 2 x USB 3.0 ports, 2 x USB 2.0 ports, dual HDMI ports that support up to two displays, together with a microSD card reader, and headphone jack.

Compulab expects to start shipping the new MintBox Mini in the second quarter of this year for around $295 in the US or €295 throughout Europe, with VAT included in the European price.