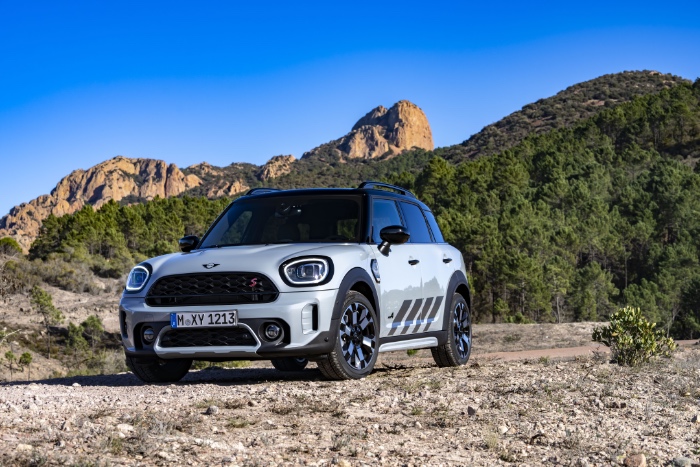 Mini is launching a special edition version of their Cooper S, the Mini Cooper S Countryman ALL4, the car will be available from this month.

The new comes with a range of updates over the standard car and this includes some styling upgrades and more.

In the MINI Cooper S Countryman ALL4 (combined fuel consumption: 7.1 – 6.6 l/100 km; combined CO2 emissions: 163 – 151 g/km according to WLTP) in the Untamed Edition, all this is combined with a particularly spirited engine. The power of the 131 kW/178 hp 4-cylinder engine with MINI TwinPower Turbo technology ensures sporty driving fun not just in urban traffic but also on spontaneous excursions into the countryside. With the optional all-wheel drive system ALL4, maximum traction and driving stability is ensured when moving over rough terrain, too.

In the Untamed Edition, the MINI Cooper S Countryman ALL4 goes further than ever before in encouraging the driver to venture beyond the city limits to explore new roads and pathways. The exclusive body finish in Momentum Grey metallic showcases the compellingly modelled surfaces of the edition model in striking style, while the robust design features of the MINI ALL4 exterior underscore its untamed character – also reflected in the edition’s name. The new body finish appears on the lower air intake surround including the suggested underride guard, the air curtain inserts in the front apron and the side sills, as well as on the reflector inserts and the lower insert in the rear apron. The background to the MINI brand logo on the bonnet and tailgate is in Momentum Grey metallic.

You can find out more details about the new Mini Cooper S Countryman ALL4 over at Mini at the link below.