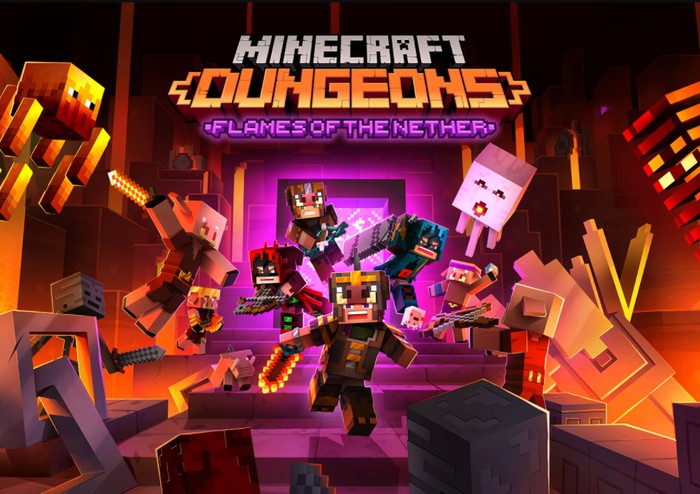 PC gamers might be pleased to know a Steam version of Minecraft Dungeons is available from today and is available in 2 different versions offering the base game or Ultimate Edition to purchase and add to your Steam account. “Fight your way through an exciting action-adventure game, inspired by classic dungeon crawlers and set in the Minecraft universe!”

“Calling all computer-wielding heroes, Dungeons is now available on Steam! Along with the base game, all the DLCs, and the Ultimate Edition, you can also access special bonus content featuring original artwork and the entire game soundtrack.”

“Dungeons will send you on a series of loot-filled adventures across unique locations, like the Creeper Woods, Redstone Mines, or even dimensions like the Nether, all through randomly generated levels filled with waves of enemy mobs made up of iconic enemies like zombies, creepers, skeleton archers, and more! Minecraft Dungeons is also great to play with friends, letting you form a party of up to four to battle together online, and it also supports couch co-op making this a perfect game for your family game nights. And no dungeon crawling experience would be complete without taking down some awesome mini-bosses – but we’ll leave those for you to discover on your own!”