If you think the sound of a nuclear battery in your pocket is a little worrying. Don’t fret too much as they have been around for years powering pace-makers, satellites and underwater systems but they are normally very large, heavy and very expensive. Until now. This battery being developed by Jae Kwon, assistant professor of electrical and computer engineering at MU and it the size of a penny. 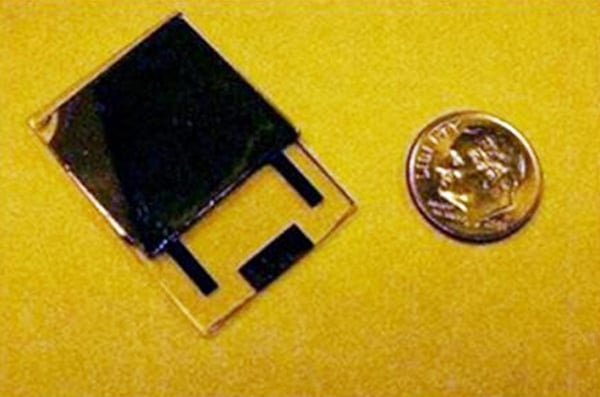 Although nuclear batteries generate electricity from atomic energy like nuclear reactors, they don’t use a chain reaction, instead  they use  emissions from a radioactive isotope so there is little risk of the battery in a pace-maker suffering a meltdown. These tiny batteries are  intended to power various micro/nano electro mechanical systems (M/NEMS).