Microvision has shown off a first person shooter prototype controller, which is made up of a gun and a pico projector, the projector displays images on any surface using Microvision’s PicoP display engine.

It also features a built in motion sensing module which tracks you movement whilst you are playing the game, check out the video of it in action below. 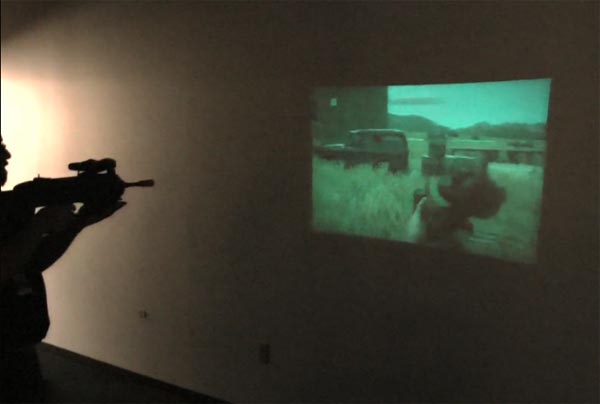 “The game application takes advantage of our PicoP display engine’s infinite focus,” Brown says. “We believe that Microvision’s technology can be used to create a new level of realism and interactive freedom for gamers. As the worldwide market for video games exceeds $50 billion, we are very excited to partner with Intel to showcase this new advance in gaming technology to the world’s best gamers at Intel Extreme Masters.”