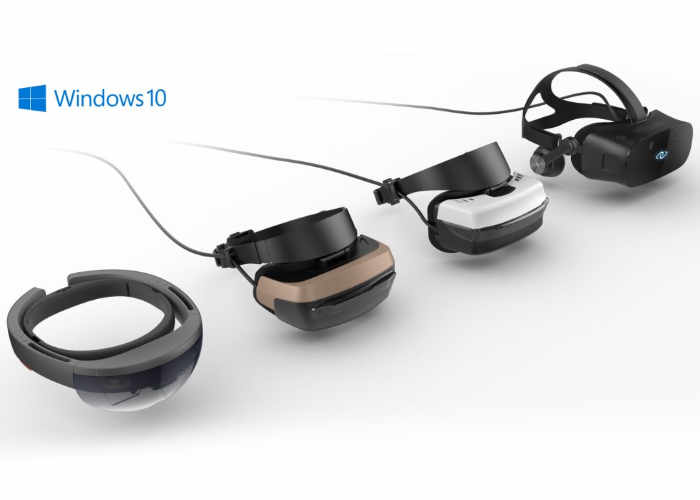 Microsoft has this week revealed more details about its new windows 10 VR headset which is currently under development and expected to be available to consumers for the holiday season 2017.

During the Microsoft Virtual reality presentation the company confirmed the minimum PC specifications that users will need to be able to get the most from their new VR headset. Explaining that low-power systems with integrated graphics will be supported.

Minimum specifications to be able to use the Microsoft Windows VR headset have been confirmed as :

• We submitted Microsoft HoloLens for government approval in China, and we look forward to making it available to developers and commercial customers in China in the first half of 2017.
• We shared the specifications that we co-developed with Intel for PCs that will power the first headsets capable of mixed reality. HMDs from Acer, ASUS, Dell, HP, and Lenovo will be available next year.
• Joining those partners, 3Glasses, the leading China-based hardware developer for HMDs, will bring the Windows 10 experience to their S1 device in the first half of 2017, reaching more than 5 million monthly active customers in China.
• Customers will gain access to amazing mixed reality content. This includes:
◦ More than 20,000 universal Windows apps in the catalog
◦ 3D objects from the web using Microsoft Edge to drag and drop into their physical world
◦ Immersive WebVR content via Microsoft Edge
◦ 360 degree videos available for the first time in the Movies & TV app
• Finally, HMD developer kits will become available to developers at the Game Developers Conference in San Francisco.

For more information on everything that was announced during the WinHEC 2016 keynote jump over to the official Windows blog.