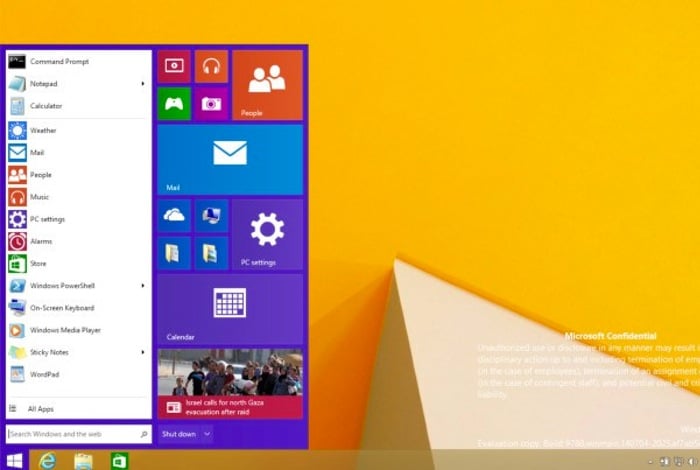 Over the weekend a new screenshot of the new Microsoft Windows 8.1 Start Menu has apparently been leaked revealing what you might be able to expect from the highly anticipated Windows start menu that is launches sometime next year.

It’s still not apparent whether the new “leaked” screenshot is legitimate or not and there are thoughts that the screenshot has just been Photoshopped together by some industrious third-party.

Microsoft originally unveiled their new Windows 8.1 Start Menu during their Build developer conference back in April of this year and the supposedly lead image is now more refined and reveals what the new Windows start menu may look like.

As you would expect Microsoft has been approached for comment on the apparently leaked new start menu. but have still yet to reply. Microsoft is expected to respond with their standard reply explaining that the company does not comment on rumours or speculation.

However as any more information comes to light about the authenticity of the screenshot or any more details are leaked or officially announced about the new upcoming Windows 8.1 Start Menu we will keep you updated as always. Below is the original screenshot unveiled by Microsoft at the Build conference back in April 2014. 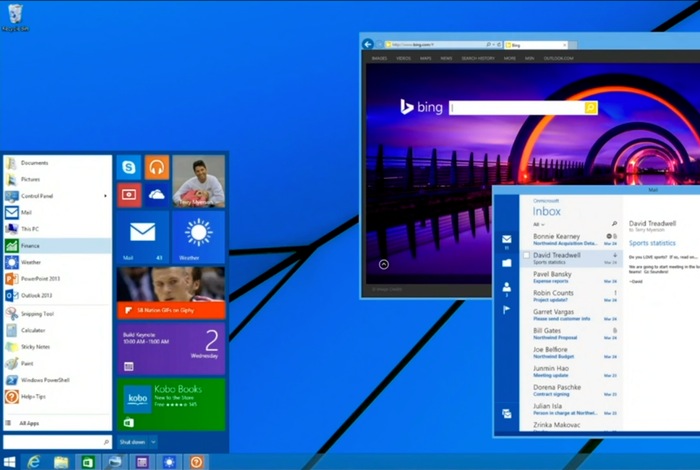