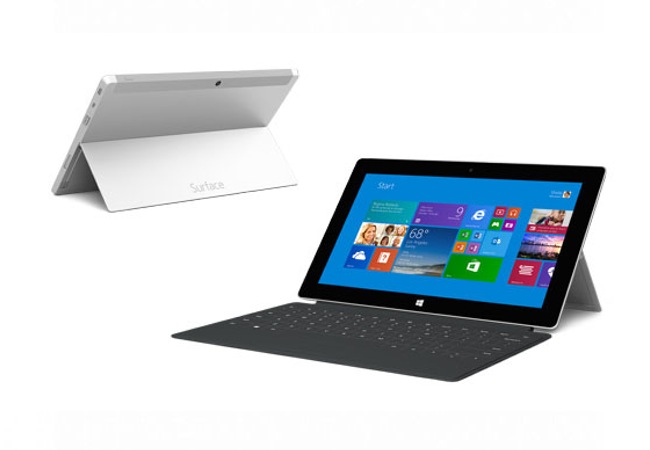 The new watch an on-demand presentation of the Monday, Sept. 23, Surface 2 launch event in New York City reveals 7 accessories together with both the Surface 2 and Surface Pro 2 tablet.

To re-cap the Microsoft Surface Pro 2 is fitted with a Core i5 Haswell processor clocked at 1.6GHz with a choice between 4GB or 8GB of RAM. The standard Microsoft Surface 2 tablet features a 10.6-inch ClearType full HD display sporting a resolution of 1920 x 1080 with a Tegra 4 SoC clocked at 1.7GHz supported by 4GB of RAM running Windows RT 8.1.

“Surface 2 is the most productive tablet for personal use. It offers all the entertainment and gaming capabilities you expect from a tablet, along with the ability to get work done. Surface 2 is powered by an NVIDIA Tegra 4 processor, making apps run faster and smoother and increasing battery life to up to 10 hours for video playback.

The 10.6-inch ClearType Full HD display now renders 1080p video for enjoying shows and movies, and its full-size USB port has been upgraded to USB 3.0 for up to four times faster file transfers.

Camera resolution has also increased, with a 3.5-megapixel front camera and 5-megapixel rear camera, both capable of capturing 1080p video and featuring improved low-light performance, making face-to-face conversations with your favorite people crisp and clear. Even with these and other upgrades, Surface 2 is slightly thinner and lighter than its predecessor.”

The standard Microsoft Surface 2 is now available to pre-orders for $449 for the 32GB while the 64GB version comes with a $499 price tag. Also check out these three new adverts comparing the Microsoft Surface 2 vs iPad Air tablet to see the comparison from a Microsoft perspective.